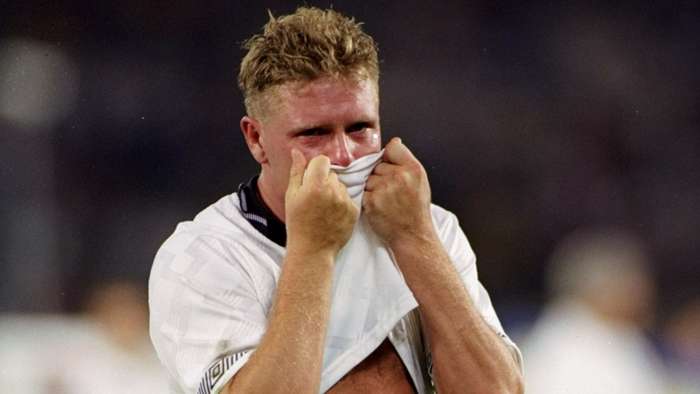 Paul Gascoigne has racked up more than a few of his fair share of headlines, dating back to his playing career for England – not to mention other off-pitch events.

Goal has what you need to know about what the movie will be about, how to watch it, when it will be released and more.

Gascoigne has confirmed an upcoming movie based on his memoir Gazza: My Story, and that the search for an actor to play him is underway.

The film be an in-depth journey across the former England international's controversial life on and off the pitch , covering such subjects as his alcohol addiction.

A separate documentary focusing on Gascoigne's life is set for release this November, but the movie is a different project.

“Let’s face it, I have nothing to hide. It has all been in the press, the good and bad," Gascoigne told the Mirror about the potentially revealing nature of the film.

The documentary will use archive footageof his time playing at Italia 90, Euro 96 as well as brief stint with Lazio in Italy.

Speaking on the documentary, Gascoigne said: “The documentary is out in November. The makers have spoken to me and my family.

“But there are backers looking at a film and trying to find someone to play me. I will guide them and read the script, it will be about my entire life. They will use my books.”

The biopic is set to be a tell-all of the infamous former footballer's life and times, including the epochal moment of his crying on the pitch after England were knocked out of the 1990 World Cup by Germany.

His personal life is also expected to take centre stage, with topics such as his divorce from ex-wife Sheryl on the cards.

His arrest for sexual assault in 2018 is also due to be covered.

“I don’t have any regrets, none whatsoever. I am not going to change because I don’t know how to change," Gascoigne continued.

"People say I am not perfect but I don’t want to be perfect. I am happy the way I am.”

There has yet to be an announcement about potential candidates to play the former midfielder in the film yet, but the Mirror have suggested the likes of Game of Thrones star Sean Bean, Skins star Jack McConnell, and Normal People actor Paul Mescal.

The Gascoigne film is still in pre-production, so it could be set for release late in 2021 or 2022.