‘Pepe is no £72m flop, Arsenal got a hell of a deal!’ - Lille owner says they snubbed higher bids for winger 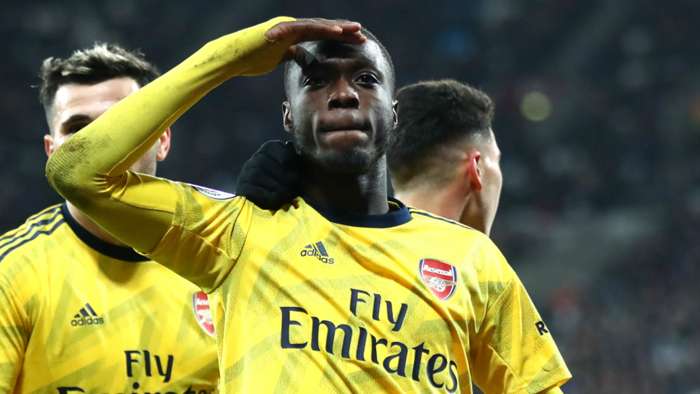 Nicolas Pepe is no £72 million ($95m) flop, claims Lille owner Gerard Lopez, saying Arsenal got themselves “one hell of a deal” in landing the Ivorian winger at that price.

Having seen Pepe star in Ligue 1, big things were expected of the 25-year-old in English football. He was, however, to find the going tough during hisdebut campaign at Emirates Stadium, with eight goals and 10 assists recorded in 42 games in all competitions.

Arsenal have seen questions asked of their willingness to invest so heavily in Pepe, with little return enjoyed so far.

Lopez, though, believes a proven performer will come good in time and is eager to point out that the Gunners got themselves a bargain as there were bigger offers on the table for Lille to consider.

“It was Pepe’s management team that asked us to go to Arsenal and so we accepted slightly less money than we would have got somewhere else.

“Some people know that, I know publicly some agents have said that but something that needs to go on record – we didn’t sell him to the highest bidder.”

Lopez added on a player he expects to thrive now that Unai Emery has been replaced by Mikel Arteta at Emirates Stadium: “The second thing that is important is that talent is always there and you can’t take it away from people.

“He’s a young player and a player that functions on people believing in him. Giving him opportunities but also responsibilities.

“I’m not going to question tactically how he was played for half a season. What I’m going to say is that, in his case, the best is yet to come.

“When he came to us, the six or seven first months were not even average. You could see glimpses of talent. He suddenly got into his stride in the second half of the season and he really came into it in the second season.

“I have no doubt that he can do the same thing. I watched him play in the cup game, for example. Yes his goal was not given but it was one of the top goals he can make.

“I watched him throughout the season, every time he gets the ball something happens. He’s very tough to stop, especially when he’s in the last 30 or 40 metres. You either have to foul him or he’s going to make a pass or create a goal opportunity. That kind of talent is very rare. Players who on their own can dismantle or make something happen.