‘Pirlo can manage Ronaldo on level terms, like Zidane’ – Juventus legend born to be a coach, says Lippi 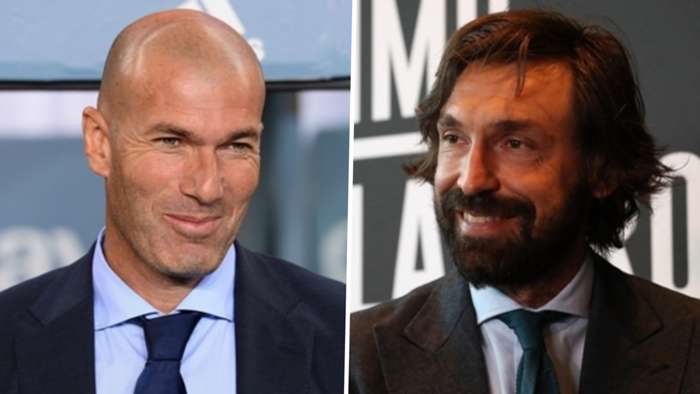 Andrea Pirlo is capable of emulating the success as a coach that Zinedine Zidane has enjoyed at Real Madrid, says Marcello Lippi, with the Juventus legend able to manage superstars like Cristiano Ronaldo “on level terms”.

A vastly-experienced coach did deliver another Serie A title during his solitary season in Turin, but Champions League glory once again proved to be elusive.

Pirlo, who had only been appointed as Juve’s new U23 boss a few weeks prior to landing the top job at the Allianz Stadium, is being charged with the task of replicating the success that he enjoyed as a player.

He has a star-studded squad to work with and Lippi believes the 41-year-old can follow Zidane’s lead by delivering in the dugout, with his standing as a modern-day great meaning that he already has the full respect of those at his disposal.

“He is still like the great champions who are playing now, so he can talk on level terms with Cristiano Ronaldo and Giorgio Chiellini, like a colleague,” former Juve boss Lippi told Sportweek.

“Zidane was similar when he took over at Real Madrid, so perhaps Juve need someone with those characteristics at this moment in time.

“Zidane didn’t bring any technical, tactical or training innovations to Real Madrid. He just made the squad feel calm, used the best players in the ideal conditions to give their best. And he won everything.

“Like Zidane, Pirlo retired from football and took three years to think carefully about what he really wanted to do next in life.

“I was having lunch with Zidane and his agent friend Migliaccio in Ibiza when he confessed: ‘I want to try as a coach'.Andrea has done the same.

“Just like Zidane, Pirlo spent his career at top clubs, he knows the philosophy, how it feels when you win or lose, what it means to be in that environment.”

Lippi worked with Pirlo at Inter and with the Italian national side, who he guided to World Cup glory in 2006, and claims to have never been in any doubt that the classy midfielder would look to pass on his experience when hanging up his boots.

He added: “You could tell Pirlo was bound to become a coach, just like Didier Deschamps.

“Those players are basically spokesmen for the coach on the field. At times, you look at them, and they already know what you’re about to say. It’s no coincidence top midfielders are known for their tactical intelligence.

“Andrea was born to do everything, not just be a coach. He’s capable of just about anything.

“It makes me smile what people generally think about Pirlo, such as that he’s quiet and sulky, but I can assure you he’s one of the biggest jokers around.