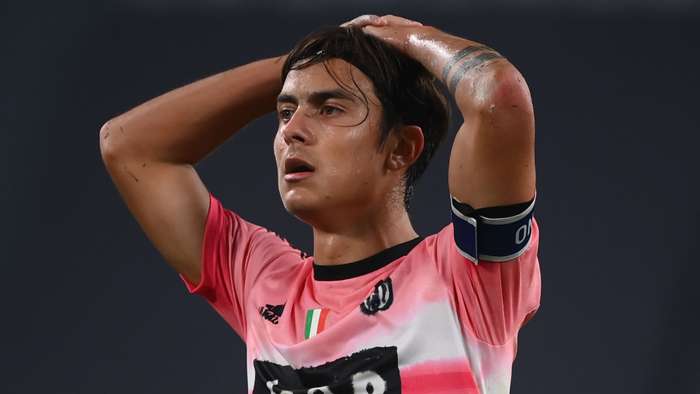 Cristiano Ronaldo had put Pirlo's men ahead, but Felipe Caicedo scored a 95th-minute equaliser after a tremendous run by Joaquin Correa.

Pirlo said he had no complaints about Dybala's attitude, with the forward recently ruled out of Argentina's upcoming World Cup qualifiers.

"I think his attitude is not wrong. He was willing to do well and wanted to help the team," the Juve head coach told a news conference.

"Sometimes it happens not to be in the best physical condition as he is now. He needs to work and play, we just need to manage these situations in the final moments of the games if we want to clinch the victory."

Juve sit fifth in the Serie A table, four points adrift of leaders AC Milan, who salvaged a 2-2 draw with Hellas Verona on Sunday.

Pirlo's sidewere on track for victory before Caicedo's goal, and since last season, the Ecuadorian has scored five goals from the 90th minute in Serie A – the most of any player.

"When you concede one goal it is not because of the individual but the whole team. We win and lose as a team," Pirlo said.

"We must manage these situations in a better way, being hungry to achieve the result until the very last second."

Juve return to action at home to Cagliari on November 21 before hosting Ferencvaros in the Champions League a few days later.

Pirlo will be hoping he can call on Cristiano Ronaldo when they return to action with the manager confirming his Portuguese star suffered an ankle injury against Lazio.

"Ronaldo is a key player not only for us but for all the teams he has played for. Unfortunatelyhe had an ankle problemand was forced to leave the field," Pirlo told DAZN.