Pjanic: I didnt come to Barcelona to leave after one season 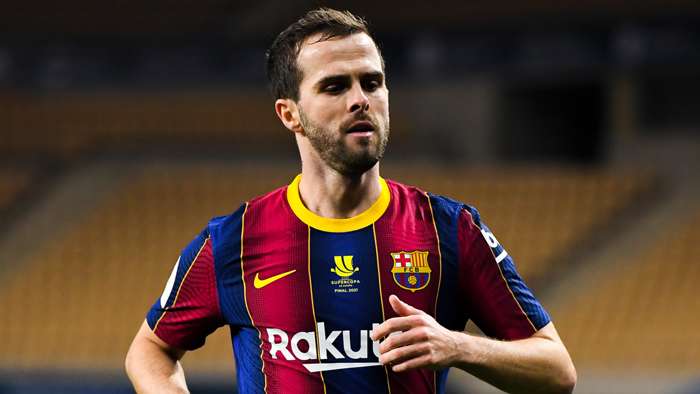 Miralem Pjanic says he does not want to leave Barcelona despite his difficult first season at the club.

Pjanic was signed from Juventus last summer in a deal worth a potential €65million (£59m/$73m) but has been limited to just 17 appearances in La Liga - only six of which he has started.

The 30-year-old said last month that he does not understand why he has been overlooked by coach Ronald Koeman , but he insists he is not ready to give up on succeeding at Camp Nou.

Asked if he wants to stay at the club, Pjanic told Mundo Deportivo :"Yes, of course, I did not sign for Barca to leave the following year, I signed to make history at a club that had been on my path for many years.

"When I was 16 years old, my father was meeting with Barca leaders, who wanted to sign me for BarcaB. I was at Metz then and we didnt know how to appreciate that Barca B is so important in this club.

"I decided to start my career in France but I always followed what Barca did.Two years ago, [former sporting director] Eric Abidal wanted to sign me, we were talking but the club invested in Antoine Griezmannand there was no money left for me.

"I had to wait two years to live the dream of being a Barca player.I came to Barca because of my game and my experience as a winner, thats what they asked me to contribute when I signed for the Blaugrana club.

"They told me that my character and my experience would be vital to grow a generation of young people from La Masia who were climbing very strongly.Balance is essential and I came to provide that balance.

"Look, Ive come to Barca to win the Champions League, thats my goal.This year I want to help win the double, thats my mentality.I never give up.If I dont play, the next morning I am training harder than ever so that the coaches will notice that I am not giving up.

"I have not stopped training a single day, although I arrived later because of the Covid-19.When I started with the symptoms, I couldnt believe it… Koeman told me in pre-season to be calm, to get in shape, not to be in a hurry.

"Then it was difficult for me to enter.Koeman doesnt talk much to players so what I have to do is keep working to be ready when he needs me."

The Bosnia-Herzegovina international hopes to be given enough time to prove his worth to the Spanish side, but is aware he has to fight off the challenge of some of their rising stars.

"Continuity, two or three games to be able to show my football.That is what any footballer needs," he said.

"But Im going to keep working every training session to earn that opportunity.The coach is betting a lot on the young people of La Masia, that is great for the club because it means maintaining a style and betting on footballers that you have trained, I can contribute my experience in important matches."