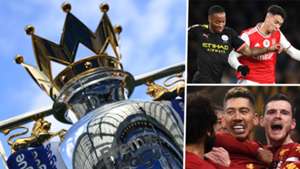 Premier League clubs have been given permission to play friendlies ahead of the return of the English top-flight later this month.

The Premier League has been suspended since March because of the coronavirus pandemic but will kick-off again on June 17, and clubs are looking to play friendly games either in their stadiums or training grounds to step up their preparation.

Clubs have accepted several restrictions suggested by the Premier League, as first reported by The Telegraph and confirmed by Goal, including clubs being forbidden from travelling more than 90 minutes from their home grounds, as well as players having to travel to games in their own cars and coaching staff officiating matches instead of referees.

There will be a full risk assessment of every venue before the friendlies are played, while the Premier League will consider allowing teams, such as Newcastle and Norwich, to travel further if they are based too far away from others.

Furthermore, players will only be allowed to take part in games if recent Covid-19 tests have turned out negative and clubs will have to make plans for parking "to ensure that social distancing is maintained at all times and all unnecessary congestion or congregation is eliminated".

Some Premier League teams have already contacted Championship sides, who will be issued guidance from the English Football League later this week, to arrange friendlies ahead of the top flight's return in just over two weeks.

Many Premier League players have found the return to full training difficult, with Chelsea striker Olivier Giroud revealing that "almost all" of the squad got blisters after practice, while some have warned there will be plenty of injuries once games kick off again.

"The simple fact is that [players'] bodies are not used to tolerating the level of load that is going to be demanded of them when they go back," former Liverpool physio Andy Renshaw told Goal last week .

"As a result of everything - the reduced strength, reduced endurance - the players' proprioceptive levels are reduced as well, so you could well see an increase in the more serious kind of ligament injuries, including Anterior Cruciate Ligament injuries."