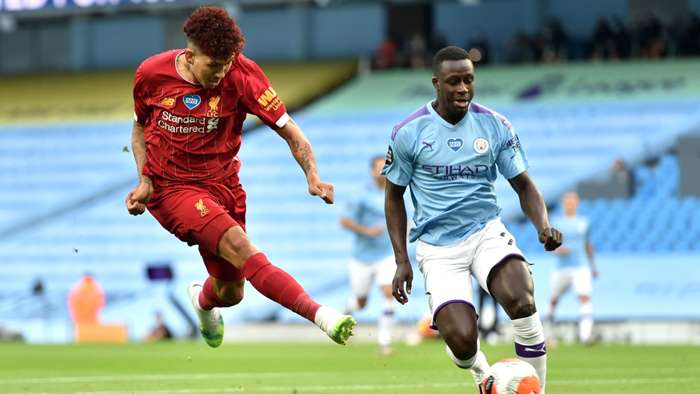 Liverpool take on Manchester City this weekend in a clash that could prove key to the fate of the Premier League title, but Reds boss Jurgen Klopp believes the race will not come down toa straightbattle between the two sides.

In the previous season,Klopp's charges pushed City all the way before ultimately losing out by a single point, beginning a run that has demonstrated the pair's current dominance of English football.

This time round, Liverpool have returned to the top of the table, sharing the summit with Southampton having played a game fewer, while Pep Guardiola's men have struggled for form, sitting down in 11th; and Klopp would be surprised if they were the only two sides challenging for honours in 2020-21.

"Until a specific point, it was last year for a very long time at least a three-horse race, that's clear. I'm not surprised about that," the manager told Sky Sports ahead of Sunday's meeting at the Etihad Stadium.

"Nothing is guaranteed, could anybody have imagined that the virus could stop the whole world in pretty much a week and that it would do that for eight or nine months? Football is no different, you can take nothing for granted.

"I'm not interested what people think about us in the sense if we are one of the top two or the only one, or one of three or four, that's not important when you prepare a game. That's the job I have to do, I have to prepare my team for football games and the next one is a tough one.

"If we look back at the previous two years, they were impressive for both teams. City won one Premier League and we won. We won the Champions League on top of that, City won the FA Cup.