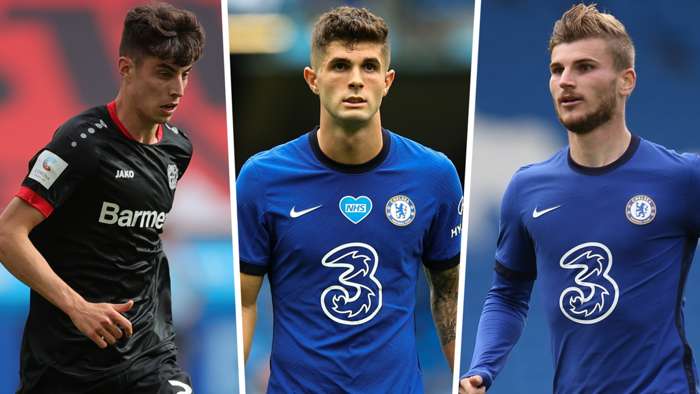 The thought of Christian Pulisic lining up alongside Timo Werner and Kai Havertz for Chelsea in 2020-21 is a “scary” one for Premier League rivals, claims Pat Nevin.

The Blues have invested heavily in new recruits ahead of the new campaign asRoman Abramovich has given Frank Lampard license to bring in a number of big-money additions.

Exciting Germany internationals Werner and Havertz have formed part of that process, with a prolific striker and talented playmaker snapped up from RB Leipzig and Bayer Leverkusen respectively.

Chelsea have also acquired Hakim Ziyech from Ajax, while the likes of Mason Mount and Callum Hudson-Odoi were already on their books.

Pulisic is another attacking star with useful experience in English football under his belt, with the United States international enjoying a productive debut campaign at Stamford Bridge in 2019-20.

He is expected to hit even greater heights this season, with Nevin among those looking forward to seeing considerable firepower unleashed by Lampard.

The former Blues winger told BBC Sport of the ambition in west London: “You have got the top two and Chelsea will be nipping at their heels.

“It is not just the fact they have spent money, it is the way they have done it - having Timo Werner and Kai Havertz to go with Christian Pulisic is kind of scary, but probably more for the next three or four seasons as opposed to this one because they will need to settle in.

“So, they are looking good. Everyone knows their problem has been defensively, and the centre-back position might still be one.

“A lot of people say goalkeeper is as well - and it may be - but I don't think it is the reason they conceded so many goals last season; that was a wider defensive issue.

“I have a feeling they may concede just as many this season, but will score a hell of a lot more.”

Another man with strong ties to Chelsea, former player and manager Ruud Gullit, is another who believes the Blues should be setting their sights higher than the fourth-place finish they secured in 2019-20.

The Dutchman said: “It's clear Chelsea are trying to break into the top two.

“They have made some good signings but that doesn't mean anything yet. You never know how they will blend in.

“It's the Premier League, a different league - different pace, different everything. It's not easy.”