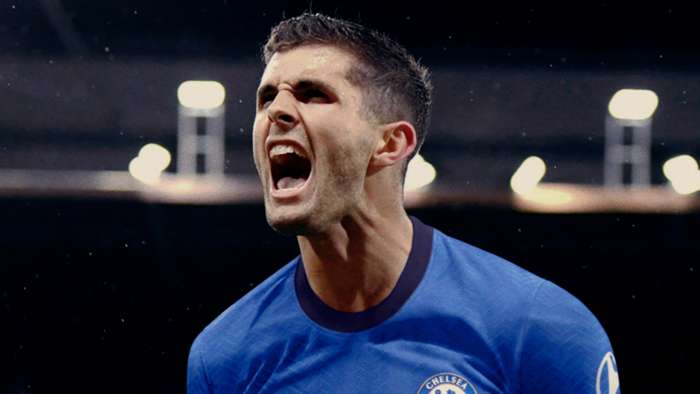 Christian Pulisic boasts the potential to be “one of the most important players” at Chelsea for the next 10 years, says former Blues winger Pat Nevin.

The United States international saw his debut campaign in English football end on a low note as he was forced off through injury in an FA Cup final defeat to Arsenal.

He had, however, enjoyed a productive run up until that point, with 11 goals and 10 assists recorded through 34 appearances in all competitions.

That productivity had drawn inevitable comparisons to former Blues star Eden Hazard, with Frank Lampard considered to have found a suitable successor to a departed Belgian star.

Nevin can see why Pulisic is generating such talk, but believes the talented 21-year-old will become a Stamford Bridge legend in his own right if he sticks around long enough.

A former fan favourite told Chelsea’s official website: “There were moments when Christian Pulisic looked like he might run away with the Player of the Year trophy.

“At times he was looking like our most potent scorer as well as creator.

“Chelsea fans will soon tire of comparing him with Eden Hazard, which is unfair on him, but they also know that for raw talent, match intelligence and searing pace as well as an eye for goal, at 21 years old he could be one of the most important players for this club over the next five to 10 years.”

Pulisic is far from being the only exciting young talent on Chelsea’s books, with Lampard having shown considerable faith in home-grown talent since taking the managerial reins.

Tammy Abraham, Fikayo Timori and Billy Gilmour are among those to have made important contributions to a senior cause, while big things are expected of Mason Mount and Reece James.

Nevin sees that pair going from strength to strength, with a creative playmaker and buccaneering right-back being tipped to challenge for Player of the Year awards over many seasons to come.

“Mason Mount looked like another who could skip off with the award early on and maybe still will,” Nevin added on stars of the present who boast bags of potential for the future.

“One thing is very likely, if he doesn’t win it this season, it will not be long before he does. He is such a top player, so versatile and so loved by the Chelsea fans.