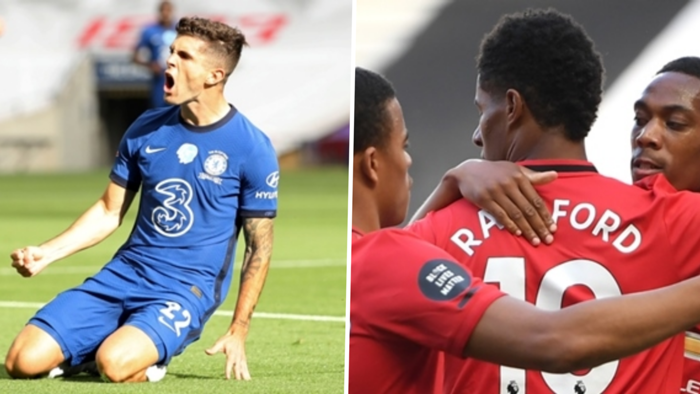 Chelsea's US international Christian Pulisic will face stiff competition to be named thePremier League Young Player of the Season after being nominated alongside three Manchester United stars for the award.

Unsurprisingly, Liverpool dominate the nominations across the categories after winning their first league title in three decades.

Football Writers' Association Footballer of the Year Jordan Henderson, along with team-mates Trent Alexander-Arnold and Sadio Mane, are up for the league's Player of the Season prize.

Alexander-Arnold is also up for the inaugural Young Player of the Season, as are Aston Villa captain Jack Grealish and Chelsea duo Pulisic and Mason Mount.

There are four Manchester United players on the shortlist: Anthony Martial, Marcus Rashford, Mason Greenwood and Dean Henderson, who is on loan at Sheffield United.

United's forward trio were vital in a late-season surge into the top four, with all three breaking double figures in the league and Rashford and Martial finishing on 17 goals each. Henderson, meanwhile, proved a solid last line of defence for Sheffield United, convincing no few observers that he and not David de Gea should be lining up between the posts at Old Trafford next season.

Frank Lampard, who took Chelsea to a fourth-place finish and lost the FA Cup final to Arsenal, is the other nominee.

Each award will be decided through a combination of fan votes and input from a panel of experts.

Liverpool defender Virgil van Dijk was named the Player of the Season in 2018-19, while Manchester City boss Pep Guardiola has won the manager's accolade for the past two campaigns.