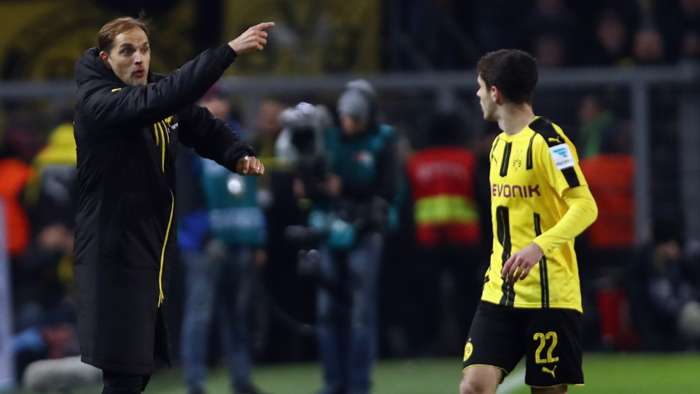 U.S. men's national team coach Gregg Berhalter says that he expects Christian Pulisic to feel right at home under Thomas Tuchel after Chelsea made the decision to dismiss Frank Lampard.

Lampard is set to be replaced by Thomas Tuchel, who has been without a club since leaving Paris Saint-Germain on Christmas Eve.

Tuchel previously worked with Pulisic at Borussia Dortmund, handing the American his debut with the team in January 2016.

Pulisic played under Tuchel until his departure in May 2017, having made 55 total appearances under the German coach.

Now set to play under Tuchel yet again, Pulisic will not need any sort of adjustment time like the rest of his teammates, Berhalter says, as the USMNT star should be able to fit in perfectly to Tuchel's plans.

"For Christian, I think the benefit is, if Tuchel is the coach, that he knows him very well and that's always important," Berhalter told reporters. "He's coming in with a really good understanding of what Christian can do and his skillset, and I think that's important.

"He also has seen Christian develop and improve over his time at Dortmund and, for Christian, it's the familiarity with how he coaches, his coaching staff, his communication style.

"That's all helpful. There's not that uncomfortable period when you're getting to know the coach. I think those could possibly be the benefits."

Berhalter also reflected on Lampard's dismissal, having worked with the former England midfielder and his coaching staff throughout the last year-and-a-half as Pulisic has dealt with several injury issues.

The USMNT boss has also worked with Tuchel in the past, with the former PSG manager having coached Timothy Weah before the winger's move to Lille in June 2019.

"In terms of Frank not being the coach anymore, it's a really tough business," Berhalter said. "Chelsea is a top club and they expect wins in all of the games that they play and it's very difficult for managers to deal with that. It's never a nice thing when a colleague loses his job.