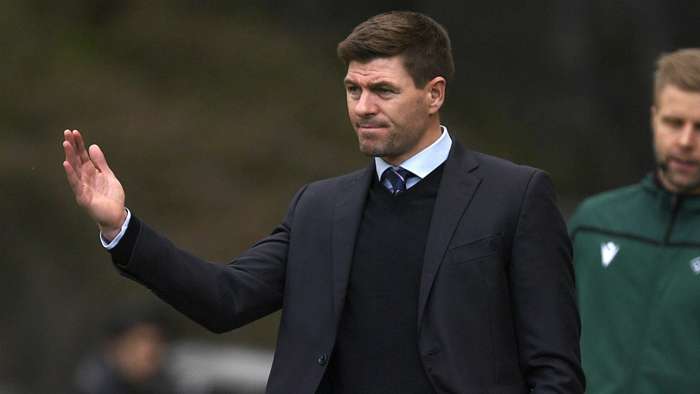 Lincoln Red Imps coach William Amaral has revealed his admiration for Steven Gerrard, even as he plots to take yet another Scottish scalp when the Gibraltar side meet Rangers in the Europa League.

It proved to be a momentary scare for the Glasgow side, then managed by Brendan Rodgers, who prevailed 3-0 in the second leg; but the win is still remembered fondly by the Red Imps, who have dominated football on the tiny British Overseas Territory in recent years.

Now they have Rangers in their sights as the teams meet in the Europa League and Amaral is determined to cause a similar upset - even if he has great respect for the Gers and their distinguished boss.

“They are ranked first in the league with a record of no goals conceded. We know who we’re facing. For Gibraltar, it’s a massive game.

“But it’s just one leg so we have a very good chance. We need to show a lot of courage and be motivated.

"This is why football is special - moments like this when a big team plays a small team.

“The small team can do it with courage and passion. These things do happen when small teams beat the big one. The coverage the team gets through the media.”

Rangers chose the unlikely setting of a luxury 'super yacht' as their pre-game base in Gibraltar, but while Gerrard is enjoying his stay he and his charges are focused on leaving the Rock with a victory.

“It’s beautiful surroundings, a very unique stadium, and there’s no excuses for us in terms of the size of the stadium or playing on astroturf, it’s something we should be accustomed to now because we have quite a few domestically," the ex-Liverpool star explained.

“We’re here to do a job and be professional. I want the players to really show a strong mentality. We’ve had two excellent runs in this competition in the last two seasons and you have to come places like this in qualifying and get over the line.