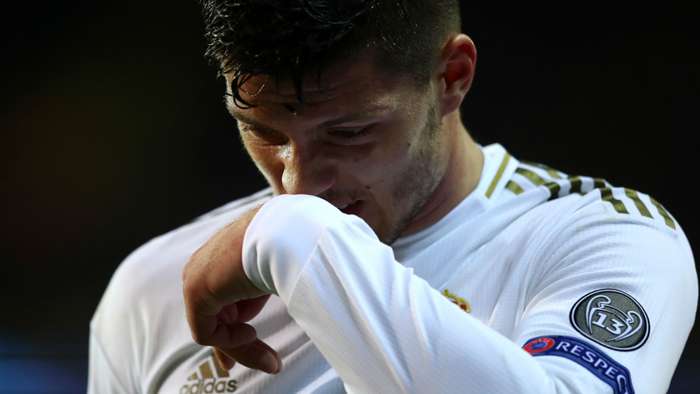 Real Madrid forward Luka Jovic has tested positive for the coronavirus, the club confirmed on Friday.

It was a good international break on the field for Jovic, as he netted twice during Serbia’s 5-0 win over Russia in the Nations League on Wednesday, but he returned to Spain and Real confirmed he had tested positive for Covid-19.

A statement from the Spanish champions read: “Real Madrid informs that our player Luka Jovic has given a positive result in the Covid-19 tests carried out on Friday morning.”

There was nothing further from the club, but it is assumed that Jovic will now head into a period of self-isolation.

It is something he may well be used to, as he was the centre of a major controversy back in March.

Jovic was spotted breaking regulations surrounding the pandemic, as he was pictured outside his apartment in Serbia despite being legally bound to spend 28 days in self-isolation.

He returned to his native Serbia when the Spanish season was halted due to the coronavirus pandemic.

Jovic initially attempted to explain the error away by saying he had not been provided with clear instructions, but this was met with negative media attention and he subsequently issued a statement saying thatit was his own fault for not researching the restrictions thoroughly enough ahead of his return to Serbia.

At the time, Jovic said: "My intention was not to blame the authorities for my ignorance, I was aware that I was isolating myself, for which there is a document that proves it.

"My ignorance was that I did not know how I should behave in isolation. Once again I insist that it was because of the conditions I came from.

"Of course, I am ready to bear the consequences of my actions."

The positive test is the latest setback for Jovic at Madrid. He arrived at the Santiago Bernabeu to much acclaim from Benfica in 2019, but his form was poor and so far he has only two goals to his name for the club. In contrast, he has four in as many games for his country this month.

The Spanish season resumes this weekend, and Jovic will be a spectator from home when Real take on Villarreal on Saturday.