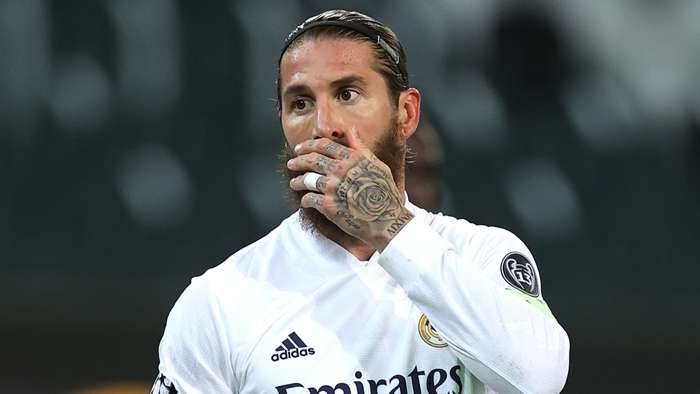 Real Madrid have been urged to retain the services of Sergio Ramos, with Fernando Hierro calling for “the best centre-back in the club’s history” to be handed a new contract.

As things stand, a long-serving figure at Santiago Bernabeu is due to hit free agency when his current deal expires in the summer.

Failure to thrash out fresh terms has come as a surprise to many, with a number of clubs now sniffing around Ramos, and Hierro hopes a compromise can be reached that suits all parties.

The Blancos legend, who was once a commanding defender himself, told El Confidencial of a World Cup winner: “I think we are very similar, by character, by way of being. We also have a very good relationship.

“Sergio is a legend of Real Madrid and hopefully he will finish his sporting career at this club.I believe that players like him should finish in a great club.

“In the sporting aspect, he has conditions that I did not have and for me he is the best centre-back in the club's history.

“That is clear to me because of everything he has represented and I am happy for him, without a doubt.”

Few sides in Europe can match Ramos’ sporting and financial ambition, even with the Spain international now being 34 years of age.

Paris Saint-Germain and Manchester United are among those that could do a deal if an opportunity presented itself, with Ligue 1 and Premier League heavyweights said to be keeping a close eye on events in Madrid.

A man who has been at the Bernabeu since 2005 has taken in 668 appearances for Real, many of them as captain, and registered an impressive haul of 100 goals.

He has helped the Blancos to five La Liga titles and four Champions League crowns, while also savouring World Cup and European Championship success across 178 outings for Spain.

In the present, Ramos is currently nursing a knee injury that has required surgery, but he will be back to aid bids for domestic and continental honours in 2020-21.

Zinedine Zidane will be delighted to have a talismanic figure at his disposal, with Hierro adamant that the Frenchmanremains the right man for the most demanding of roles despite questions being asked of him at times this season.

The former Spain international added: “Apart from the admiration and personal affection that I have for him, I think he is someone who identifies with what Real Madrid are all about very well with his manner, his understanding of the club, of managing a dressing room and for his way of making statements to the press before and after each game.

“If I'm not mistaken, he is second on the list of Madrid coaches with the number of titles won.”