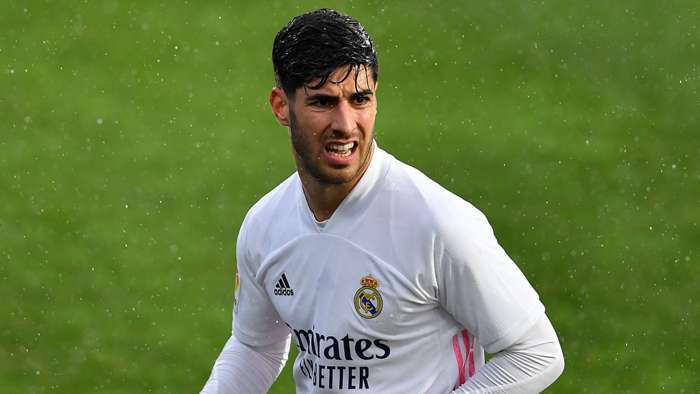 Real Madrid welcome Getafe to the Estadio Alfredo Di Stefano on Tuesday night in La Liga with Zinedine Zidane's side aiming for their second win in three days.

Getafe, for their part, are just four points above the relegation zone and have won only three of theirlast 16 La Liga matches.

Zidane's side have dropped more points at home than they have on the road this season, with the likes of Cadiz, Alaves and most recently Levante all claiming victories from their respective visits to the Spanish capital.

Los Blancos have a number of players missing through injury with Sergio Ramos and Eden Hazard the most high-profile absentees, but Fede Valverde and Rodrygoremain sidelinedwhile Dani Carvajal, Isco and Lucas Vazquez are all doubtful.

The visitors are without centre-back Djene Dakonam following his red card in the weekend defeat at Sevilla, although midfielder Mauro Arambarri will return having been suspended for Saturday's game.

Getafe make the short trip to the north of the Spanish capital in poor form, with LosAzulonessuffering from a serious lack of goals.

Indeed, the side from the south of Madrid are the lowest scorers in La Liga with just 17 goals to their name in 21 matches, failing to find the back of the net in 10 of their league games during the current campaign.

Meanwhile,Zidane's team have the second-best home defensive record in the division with just seven goals against in nine games and keeping four clean sheets -despite losing three times in their own stadium this season.

Real Madrid will be hoping their victory at the weekend will be a catalyst for them to regain some consistency, and there should be some interest in backing them to win against a side that is out-of-form and lacking a cutting edge.

A home win and under 3.5 goals in the game is priced at 11/10 (2.10) and looks like a solid option, with nine of Madrid's last 11 home league victories seeing fewer than four strikes.