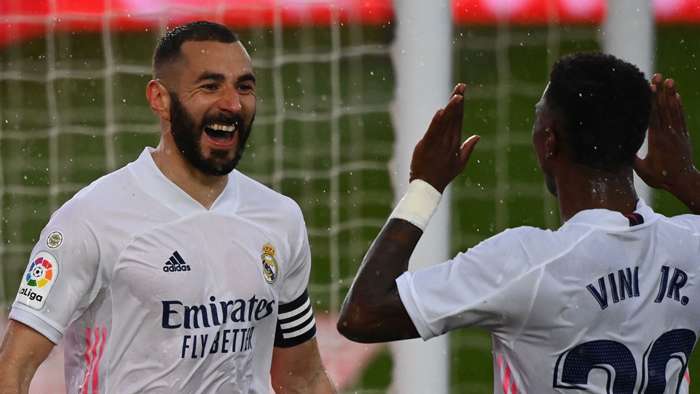 Real Madrid welcome Liverpool to the Estadio Alfredo di Stefano on Tuesday night in the first leg of their Champions League quarter-final, a tie which is a meeting of two of the most successful teams in the competitions history.

With a total of 19 Champions League titles between them, these sides know exactly what is needed to triumph in Europes premier club competition and it is Jurgen Klopps side who are favourites to claim a win in the Spanish capital.

Both outfits come into the clash in solid form with Madrids 2-0 win over Eibar at the weekend extending their unbeaten run to 11 matches, while Liverpool were impressive in dispatching Arsenal 3-0.

The hosts are without captain Sergio Ramos and Rafael Varane, with Spain international Nacho Fernandez likely to partner Eder Militao in the heart of defence. Eden Hazard and Dani Carvajal are both still sidelined, meaning Los Blancos are without four of their first-choice starting eleven.

Liverpools injury woes this season have been well documented, and the Reds are still missing Virgil Van Dijk, Joel Matip, Joe Gomez, and Jordan Henderson. Up-front, Jurgen Klopp is likely to have to choose between in-form Diogo Jota and Roberto Firmino.

The visitors come into the game having kept three consecutive clean sheets in all competitions for the first time in over a year and another shutout would put them in a strong position to reach the semi-finals.

Madrid, however, have scored in every home match they have contested in this tournament in thelast 10 years - excluding a meaningless final group game against CSKA Moscow in 2018 -and they will be looking forward to facing the Reds inexperienced centre-back pairing of Nat Phillips and Ozan Kabak.

Karim Benzema has scored in each of his last seven matches, his best ever scoring run during his decade in the Spanish capital, and the Frenchman should be able to help Madrid contribute to a high-scoring game.

That said, the Spanish champions have conceded in five of their last six matches and they have kept just three clean sheets in eight Champions League encounters.

Backing a game with goals therefore makes plenty of sense and over 2.5 goals is offered at the healthy-looking price of 4/5 (1.80).