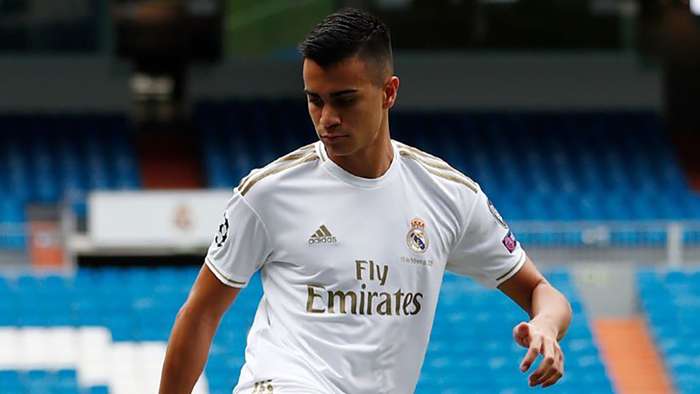 Real Madrid prospect Reinier has confirmed that he sought the advice of senior players before agreeing to move to Borussia Dortmund on loan.

The 18-year-old joined Real Madrid in January but was unable to make an impression on the first team, despite scoring twice in three outings for Castilla.

It was agreed in mid-August that he would complete a loan move to Bundesliga outfit Borussia Dortmund for the duration of two seasons, following in the footsteps of right-back Achraf Hakimi, who saw his star ascend while with the German side.

The teenager has admitted that the now-Inter man is one of the players he took counsel from before agreeing to the switch.

“He gave me tips, he developed really well here, his career got a boost,” he told Kicker. “He told me that there are a lot of young players here and that I could fit in really well. When the opportunity arose, I didn’t have to think twice."

Countryman Marcio Amoroso, who played for Dortmund from 2001-04, was another who backed him to go to the Ruhr Valley.

“He told me Borussia is a great club to help me develop my game,” the attacking midfielder said before revealing that Rafinha, formerly of Bayern Munich and Schalke, told him to make the move too.

“He told me that in the Bundesliga, and especially in this city and at this club, I could learn a lot. Both assured me about the language, too.”

Meanwhile, he has embraced the challenge of having to earn game time in a squad packed with top talent.

“There are so many games that everyone will get their chance,” he said. “It’s about all of us helping out the team.

“I will always do my best, no matter whether I play centrally, on the wing or as a striker.For me, it’s all about developing the team and helping them to win the title.”