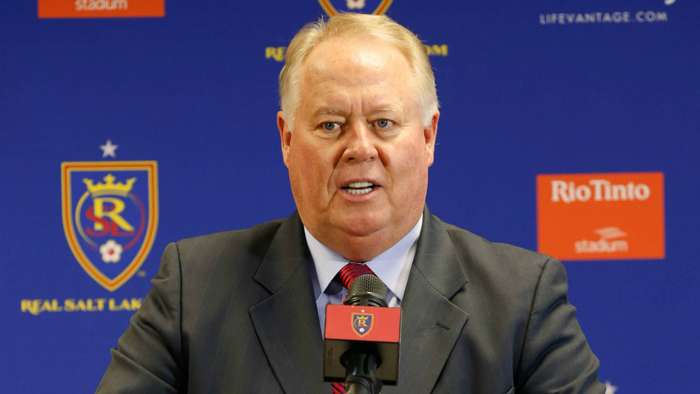 The protest was part of a larger series of games that were postponed across American sports, with several cancellations in MLS, MLB, the NBA and WNBA.

After Hansen's tirade, The Athleticcame out with a reporton a history of alleged racist comments Hansen has made over the past several years.

That prompted both MLS and the NWSL to announce their own investigations into Hansen, who also ownsUnited Soccer League club Real Monarchs.

"We are deeply concerned about the allegations made in a report published this evening concerning language used by and the conduct of Real Salt Lake owner Dell Loy Hansen," MLS said in a statement.

"Major League Soccer has zero tolerance for this type of language or conduct and will immediately commence an investigation."

NWSL followed with a statement of its own, saying:"The allegations regarding Dell Loy Hansen contained in published reports are shocking and run counter to everything the NWSL stands for. We will immediately begin an investigation, and if these reports are substantiated, take appropriate actions."

On Friday night, RSL and the Royals released a statement saying Hansen would be stepping away while the investigations are completed.

"As MLS and NWSL commence their investigations, Utah Soccer will ensure full cooperation, including seeking to answer any questions the leagues may have about the statements made by Mr. Hansen regarding athlete boycotts and allegations in a resulting article," the statement read.

"As an organization, our priority is our employees, our teams, our players, and our fans, and Mr. Hansen in particular cares deeply for each of these individuals who works so hard to make Utah Soccer the success that it is.