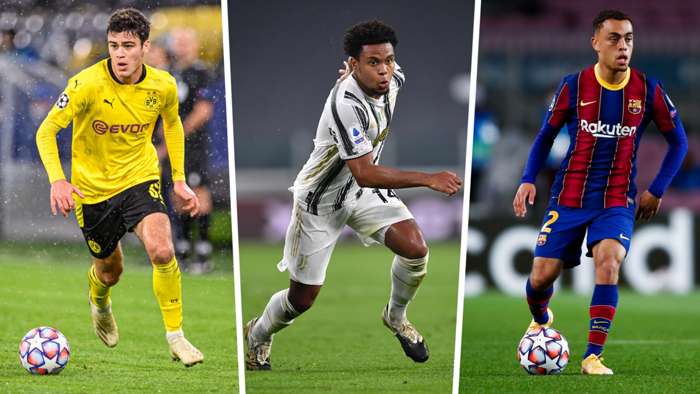 By the time he was ousted as U.S. men's national team head coach, Jurgen Klinsmann had created plenty of memorable moments. Some were goodand some were bad, of course, but his lasting legacy has been built around one thing: debate.

But there is onedebate in particular that has outlasted Klinsmann – one thattook center stage again this week. For years, Klinsmann openly dreamed of a USMNT littered with Champions League regulars and European-based youngsters that had outgrown their comfort zones in a still-growing MLS.

It wasn't some revolutionary idea by any stretch, as virtually every coachwould say that they want their players playing at the top level. But Klinsmann was more adamant about it than most, ruffling plenty of feathers along the way with his "vision."

Klinsmann is long gone, having since seen his big ideas fail at Hertha Berlin. The USMNT has certainly moved on, with Bruce Arena, Dave Sarachan and Gregg Berhalter taking the reigns since his departure. But, this week, the German's dream was a reality.

In Monday's 6-2 win over Panama, the U.S. startedan all-European based XI for the first time since the 2-0 Gold Cup quarterfinal win against Jamaica in 2011. That match, coincidentally, was one of Bob Bradley's final games before Klinsmann was put in charge just one month later.

This match, which featured playersfrom Champions League winners to the Dutch second division, was perhaps a sign of things to come. Even without Christian Pulisic and with several potential starters on the bench, this was the closest thing to a full-strength USMNT that we've seen in quite some time.

And that puts this debateback in the limelight. As it stands, is Europe the best place to play if you hope to start for the USMNT?

“I love this conversation," Berhalter said ahead of camp, "and the reason why I love it, it's because it's nuanced, right? There's no real one answer to it and I know that's what you want me to say, but it honestly isn't."

During Klinsmann's tenure, a new trend popped up among the USMNTelite: coming home. Michael Bradley, Clint Dempsey and Jozy Altidore left top leagues in Europe to come back to MLS, earning massive paydays in the process. At the time, Klinsmann was less than thrilled, having previously made his gripes with MLS known during a war of words with commissioner Don Garber.

Fast forward to now. When going through this camp, you'll find what will basically be the base for World Cup qualifying and beyond. Pulisic was there, at least temporarily, as was Gio Reyna, Tyler Adams, Weston McKennie, John Brooks, Sergino Dest and Manchester City goalkeeper Zack Steffen.

Players like Antonee Robinson, Reggie Cannon and Matt Miazga will certainly be competing for spots, as will Josh Sargent, who was left out of camp at Werder Bremen's request due to coronavirus. Exciting Valencia midfielder Yunus Musah will also be in contention, provided he decides to throw his lot in with the USMNT fulltime.

A USMNT best XI, therefore, does not include many, if any,MLS players at the moment. Jordan Morris figures to be in the mix. So too does Altidore, Mark McKenzie, Brenden Aaronson, Sebastian Lletget, Walker Zimmerman and Gyasi Zardes. But, as things stand, it is very much a possibility that Berhalter's ideal XI is entirely European-based.

But that doesn't mean MLS is being discounted or excluded. Of the 25 players called in this camp, 12 had MLS ties, whether through an academy or a first team. Only one, Lletget, was still in MLS.

Over the past few years, Garber has walked back his claims that MLS was not a selling league and, as more and more young talent moved to Europe, the league's place has becomemore clear. MLS is beginning to morph more into a league like Belgium or the Netherlands rather than England or Spain.

Belgium and the Netherlands are two of the world's top teams at the moment, but few would say their leagues are in the elite tier. However, their domestic leagues still play a massive role in their success. Virgil van Dijk started his career in his home country. So too did Kevin De Bruyne. The team's biggest stars move on eventually, paving the way for a new generation to grow up in their domestic league to do the same.

And that example leads to players like Aaronson, who is set to become the latest American to move to Europe when he joins RB Salzburg in a matter of weeks. The Philadelphia Union star is a player that Berhalter points to in this discussion.

"When you look at him as an example, we'd all say he's in a great position now," Berhalter said. "He's performing really well, if you look at his progression, he needed to be in the environment he was in to develop in the way he has because he was a guy that potentially was a late developer, he needed a club to believe in him, he needed a staff that believed in him.

"I remember former Union sporting director Earnie Stewart talking about him years ago saying he's going to be a talented player. What they did is they put him in a position to succeed. And that's not the only case. The stories that you mentioned in Europe, those are the successful ones, but let's talk about all the unsuccessful ones, because there's a lot of them. There's a lot of guys that go there and you never hear of him again.

"What I think is for each player, it's an individual pathway and I know I always say that, I know you get tired of me saying that, but I honestly believe that there is no one right answer. What you want the player to do is you want him to be challenged at the level that he's at and that's your determination of when you can move levels."

One player that moved levels recently is Cannon, who made the move from FC Dallas to Boavista this summer. The Portuguese league is certainly not the pinnacle of the club game, but it is a difficult level with difficult teams that routinely compete in the Champions League and Europa League.

For Cannon, that is the level he needs right now. A year and a half ago, Cannon was out of the USMNT picture, only brought back in as an injury replacement. His play in MLS brought him back into that picture and, now starting for Boavista, he may just be the USMNT's starting right-back if World Cup qualifiers began tomorrow.

“The competition I face in the Portuguese league is some of the toughest competition I faced since God knows when,” Cannon said. “And that’s no slight to MLS but the level is just higher. I know it’s outside of the top five leagues in Europe but playing there has challenged me so much. It’s exactly what I wanted from this move, it’s forcing me to become a better player and find new ways to adapt and raise my game.”

“One thing I wanted to do was test myself because you can become so comfortable in MLS but I think the great players test themselves in different environments," he added."I’m not saying you can’t play in MLS and play in World Cups and all because you can, but I think for this player pool it's very exciting because a lot of us are in Europe and trying new things out and I think it’s a higher level which could help us all in the long run.”

And that is why there's so much optimism regarding this specific USMNT pool. These are players that are playing at a higher level than ever before. In years past, there would be maybe one or two Americans playing in the Champions League or Europa League. Now there are a significant amount, and all of them are under the age of 26.

“All these young players playing for some of the biggest clubs in the world, it’s got a sense of competition now,” Cannon said. “You’re fighting for bigger things. You’re not just fighting for a spot in the pool, you’re fighting for the guy next to you and against the guy next to you. There’s a lot of inner-circle battles going on right now and that’s ultimately what’s making this team great in the process, because that is what’s going to push this team to the next level.”

Added Berhalter:“It's been fun, I think it's a great step for American soccer. I'm a firm believer in the measure of talent in any given country is based on how many players they have playing in the Champions League, so I think it's really important that we get those numbers up.

"And I think the two things that lead to success is having a strong domestic league and then having players playing in the Champions League and it's good to see that we have that.”

There's Berhalter with that nuance again and, to his credit, he's right. There is a place for MLS in this puzzle, even if that puzzle is looking a bit more European-based than years past. It's not an either-or proposition, but rather a balancing act that depends on individual players, factors and situations.

And figuring that out will take time. Berhalter said this week that his side is still a group of individuals, not yet a team. Due to differing schedules and the ongoing pandemic, this group has had limited time together, which makes the run-up to a busy 2021 all the more intriguing.

In the coming years, developing chemistry and conquering that balancing act will be the differencebetween success and failure. The USMNT is in a better place talent-wise than ever before and, even with Klinsmann long gone, certain debates will continue on as this team marches towards the 2022 World Cup.

“One thing I can say to the national team fans is be patient," Cannon said."We’ve got guys with a lot of talent that we just have to figure out how to work as a team. And I think it’s coming together definitely because we have a lot of talented individuals obviously.