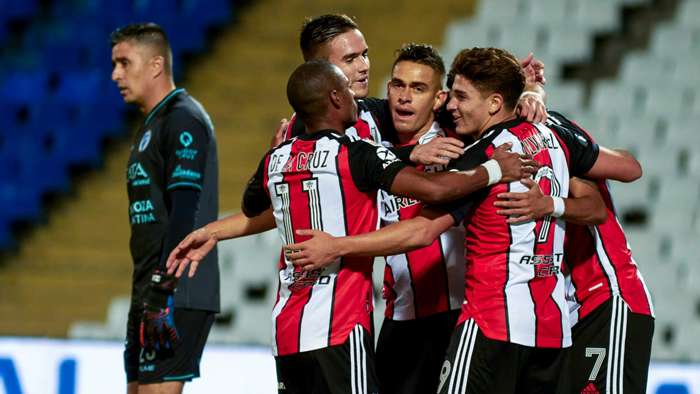 Argentine football begins its program for 2021 with the playing of the Copa Liga Profesional.

Boca was crowned 2019-20 league champions in March after coming out on top during the 23-game season, and also triumphed in the following Copa Diego Armando Maradona, which ended in January.

In lieu of beginning a new league season, the Argentine footballing authorities have instead sanctioned another cup competition, which will run from February to May.

The 26 Primera Division clubs have been split into two groups, with each side playing each other once.

In addition there will be one inter-zonal game every week, where Boca and River, Racing Club and Independiente and the rest of Argentinas Clasico rivals will face off in a series of clashes.

The top four teams from each group then advance to a play-off stage, which will take place in a straight knock-out format in order to yield a single winner.

River began the Copa on a low note, going down 2-1 to Estudiantes in their opening game.

Since then the Millonario have endured mixed fortunes, dispatching Rosario Central and neighbours Platense before falling at home to Argentinos and drawing the Superclasico 1-1 away to arch-rivals Boca Juniors.

Marcelo Gallardos men then enjoyed a welcome return to form as they thrashed Godoy Cruz 6-1, while their last meeting with Racing ended in similarly emphatic fashion, running out 5-0 winners in the Supercopa at the start of March.

Racing have struggled to find their way since former Barcelona strikerJuan Antonio Pizzi took over as coach at the start of the year, although recent results have been encouraging.

La Academia have won their last three Copa Liga Profesional outings and have not conceded a goal since week two, although that humbling Supercopa defeat at Rivers hands showed the Avellaneda club cannot afford to rest on their laurels on Sunday.

Gallardo has chosen not to risk right-back Gonzalo Montiel, who is on the mend after a bout of mononucleosis, while left-back Fabrizio Angeleri is also excused from duty after returning to training this week following the passing of his father.

Racing are hopeful of welcoming back first-choice goalkeeper Gabriel Arias, who has missed his sides last two games with coronavirus; while right-back Ezequiel Schelotto misses out due to a muscle complaint.

Watch all this weekends Copa Liga Profesionalmatches on Fanatiz with a 7-day free trial.