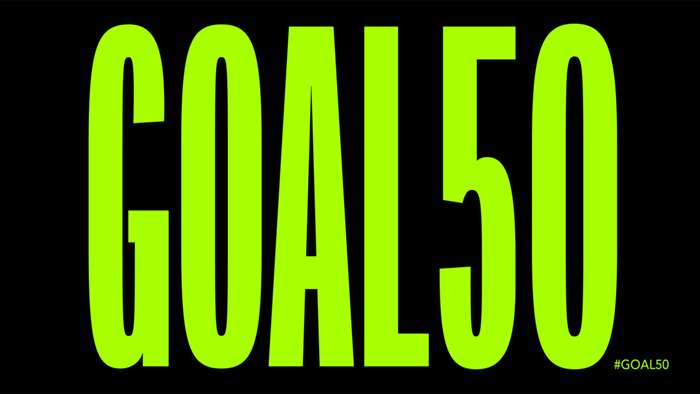 Robert Lewandowski and Pernille Harder have been crowned winners of the Goal 50 for 2020.

The Poland international scored an incredible 55 goals in 47 games across all competitions as Hansi Flick's side won a treble consisting of the Bundesliga, DFB-Pokal and Champions League.

He becomes the sixth different winner of the men's award, which has been running since 2008, following in the footsteps of Messi, Cristiano Ronaldo, Wesley Sneijder, Luka Modric and last year's victor, Virgil van Dijk.

"It feels very good - if you win an individual title, that's another nice extra," Lewandowski told Goal, in an exclusive video interview to be published on Wednesday November 11.

"Football is a team sport, but these additional awards mean a lot to me too. It shows that the hard work you put in every day will one day pay off.

"As long as you play football, you have to stay hungry. After your career you can think about what you have won. Getting to the top is difficult, but staying at the top is even more difficult."

Lewandowski is one of seven players from last season's Bayern squad to rank among the top 25 men, with the likes of Thomas Muller, Joshua Kimmich, Serge Gnabry and Alphonso Davies all included alongside Thiago Alcantara, who left the club to join Liverpool over the summer.

It is De Bruyne, though, who finishes as runner-up after a superb season at City which saw him equal Thierry Henry's record for the most assists in a Premier League season, with 20.

Messi makes the podium, meanwhile, after hebecame the first player in La Liga history to record over 20 goals and 20 assists in a single campaign – despite a season of off-field turmoil at Barcelona that almost led to the Argentine's departure.

The rest of the top five is made up of Neymar, who helped lead Paris Saint-Germain to the Champions League final as wella domestic treble, and Ronaldo, with the Juventus forward having enjoyed another stellar season in front of goal.

The Dutch defender is one of five members of Jurgen Klopp's squad from last season to make the list, with Sadio Mane, Trent Alexander-Arnold, Mohamed Salah and Jordan Henderson also recognised for their efforts.

On the women's side, Harder's outstanding performances for Wolfsburg over the course of the 2019-20 season see her become the second female winner following Megan Rapinoe's success last year.

Denmark international Harder, now of Chelsea, scored 38 goals in all competitions last season as Wolfsburg completed a domestic double and reached the final of the Women's Champions League.

"It is always nice to get these individual awards," she told Goal, in an exclusive video interview to be published on Thursday November 12."It tells me that what I am doing is the right thing and I am going in the right way.

"Of course, to win these awards is all about the team and team-mates. I had some amazing team-mates in Wolfsburg and I had an amazing time there."

Harder withstood strong competition from Arsenal striker Vivianne Miedema to claim the prize, with the Dutch striker finishing as runner-up after ending the season as top scorer in both the Women's Super League and Champions League, as well as being the top assist providerin the former.

England full-back Lucy Bronze finishesthird, meanwhile, after helping Lyon to claim four trophies – including the Champions League – before departing for Manchester City during the summer.

Bronze is one of eight players from last season's all-conquering Lyon squad to make the list, withDzsenifer Marozsan, Wendie Renard, Saki Kumagai and Amandine Henry all finishing inside the top 10.

WSL champions Chelsea, meanwhile, have four players from their title-winning squad of last season on the list, with Sam Kerr, Guro Reiten, Beth England and Ji So-yun all joining new team-mate Harder among the top 25.

After coronavirus wreaked havoc on the U.S. sporting calendar, and in particular the National Women's Soccer League, there are just three members of last year's World Cup-winning USWNT squadon the list, led by Crystal Dunn in 10th.

She is joined by Julie Ertz and Abby Dahlkemper, but there is no place for defending championRapinoe or star forward Alex Morgan, who missed much of the year as she celebrated the birth ofher first child.

You can see the full list ofplayerswho featured in Goal 50 here!

The Goal 50 is an annual award that brings together the world's 50 best male and female players.

The players are divided into two 25-strong groups and ranked on their achievements over the previous year.