Robertson admits to bust-up with Mane in Liverpool dressing room 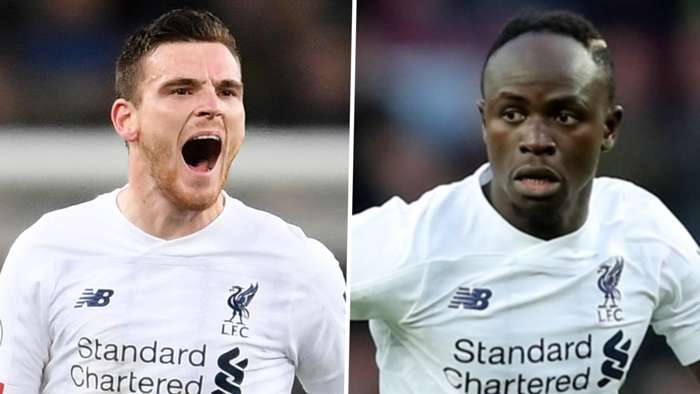 Andy Robertson has admitted to a dressing room “falling out” with Liverpool team-mate Sadio Mane.

Jurgen Klopp’s side had burst out of the blocks heading into that contest in the West Midlands, rising to top the tableduring a faultless run for the Reds, but they faced a stern test of their title credentials against Villa.

Dean Smith’s side took the lead on home soil through Trezeguet and appeared destined to claim an impressive scalp as the clock ticked down.

However, Robertson’s first league goal of the season restored parity three minutes from the end, before Mane then snatched a dramatic winner in stoppage-time.

Klopp admits that he could not have predicted that those two would be the men to complete a remarkable turnaround. That is because the pair had been involved in a heated exchange at the interval.

“Want to talk about half time?”, Klopp asked Robertson during an ‘On This Day’ discussion with BT Sport.

“The first time me and Sadio ended up falling out,” the Scottish left-back replied.

Klopp added: “At half time, nobody could have thought these two players would end up deciding the game.”

Robertson said: “We should maybe try it more often if it gets me some more goals!”

The Liverpool defender has been far from prolific throughout his time at Anfield, with the target found on just four occasions. He has, however, contributed 30 assists to the Liverpool cause and has struck up a fearsome understanding with Mane down the Reds’ left flank.

They may not always see eye to eye – with Mane also clashing with Mohamed Salah at times - but they have found a way of causing opponents all kinds of problems.