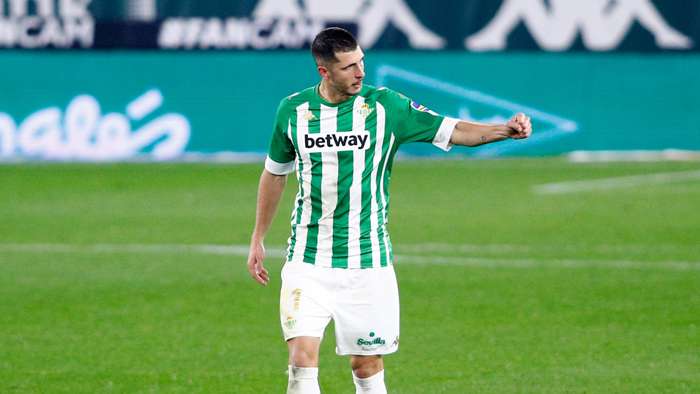 Guido Rodriguez is aware of the speculation linking him with a summer move to Arsenal, but the Real Betis midfielder claims to be happy in Spain and is not actively looking to secure a move.

The 26-year-old Argentine linked up with his current club in January 2020, with a €3 million transfer completed from Mexican side Club America.

He has made an impressive impact in La Ligaleading to talk of big-money bids, but a man with 10 international capssays he is giving no thought to making a fresh start.

Quizzed on the links to Arsenal by Estadio Deportivo, Rodriguez said: “I saw it because friends from Argentina asked me, but I told them that I knew the same as them. I am the protagonist because I am in the news but today, I do not know more or less than you who also saw it.

“I am very happy, I arrived and there was one or two months with a strange situation for everyone with the issue of confinement but the truth is that I am very happy in Seville, with the city, the weather, at the club. I’m very happy.

“It feels a bit strange when we walk down the street, I would have liked to experience all this with the fans in the stadium. I could only play a few games with the stadium full.”

A tough-tackling midfielder, Rodriguez has made28 appearances for Betis this season, scoring two goals.

It is being suggested that Arsenal are looking for another holding option to line up alongside Thomas Partey.Rodriguez could be that man, but he is tied to a contract through to 2024 and would not come cheap.