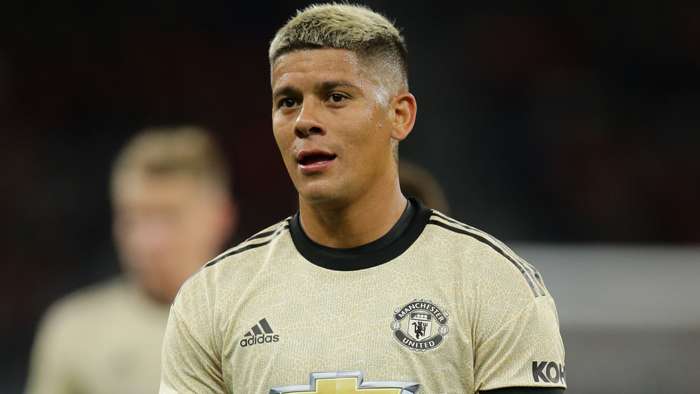 Marcos Rojo has held discussions with Ole Gunnar Solskjaer regarding his Manchester United future and is still hoping to see another loan deal agreed with Estudiantes.

He was, however, to see injury and the coronavirus pandemic restrict him to just one appearance.

Rojo remains under contract at Old Trafford until the summer of 2021 and would be expected to rejoin the Red Devils’ ranks once their Europa League campaign comes to a close.

The 30-year-old is very much out of the picture in England, though, and is unlikely to be offered a clean slate by United any time soon.

Rojo has told infobae: “I spoke to Solskjaer, the coach, about two weeks ago because I had to go back to England.

“He said to me: ‘Look, now the season is over and everyone has a few days off. Then we go to play the Europa League... I’m not going to count on you because you haven’t trained for four months'.”

With that in mind, Rojo is hoping that he will be freed to head back to South America.

He added on his future plans: “My idea is also to try to stay at Estudiantes. I played a game, got injured and all of this happened.

“That is why I will see in September if the loan can be extended and continue for a few more months.”

Rojo’s agent, Jonathan Barnett, has conceded that a move elsewhere is the most likely option for his client over the coming weeks.

He has told Stretty News: “I couldn’t comment on what Solskjaer thinks but I think it’s obvious, I think with Rojo, probably a move is more than likely somewhere else.”

United snapped Rojo up from Portuguese giants Sporting CP back in the summer of 2014.

He has taken in 122 appearances for the club over the course of a six-year spell, but has rarely nailed down a regular role in the Red Devils side and has taken in just 27 outings for the Premier League heavyweights across the last three seasons.