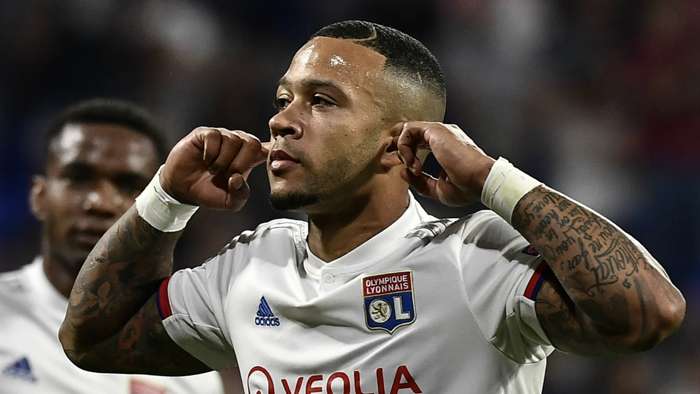 Lyon captain Depay is into the final year of his contract with the Ligue 1 club and has been linked with a big move to Barca.

But Aulas warned a deal with Barca has not yet been done, encouraging Roma's rival interest.

He told Telefoot: "Memphis' contract is expiring. Koeman wants him at Barcelona, but there is also Roma in for the player."

Depay returned from a serious knee injury to feature in Lyon's run to the Champions League semi-finals, having earlier netted nine goals in only 13 Ligue 1 matches last term.

Last week he scored a hat-trick in Lyon's first Ligue 1 game of the season as Dijon were beaten 4-1.

The Netherlands star has admitted that he could be lured away from Lyon, but insists he is focusing on building on his bright start to the new campaign.

"I never said I want to leave. When I say something, it is often distorted,” he said on Tuesday.

"I still have a one-year contract, I am captain, and we have a good team. We have shown that. I feel good about myself but also have my dreams. I have always expressed that too."

The 26-year-old said a few days ago that he has a good relationship with Koeman, who offered his support as the ex-Manchester United winger was sidelined withinjury.

Meanwhile, Lyon coach Rudi Garcia said on Sunday that he would not hold the attacker back from a move to Camp Nou, adding that he would take him there himself.