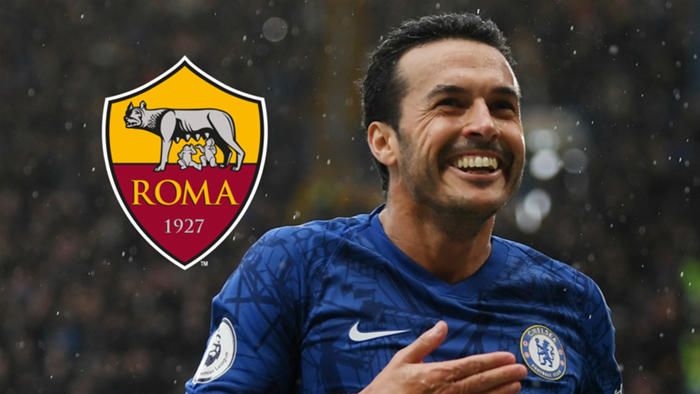 Roma have confirmed the signing of Spanish winger Pedro on a free transfer from Chelsea.

"I am happy to be here in Rome,"Pedro told the Serie A club's official website.“I am excited about this new challenge and to compete for our goals in the coming seasons.I thank the fans for the welcome I have received.I hope to make them happy."

Goal reported in June that Pedro was nearing an agreement with Roma, having turneddown approaches fromReal Betis, Vissel Kobe andInterMiami.

In his final appearance for Chelsea, Pedrodislocated his shoulder in injury time of the club's FA Cup final defeat to Arsenal. The injury required surgery, which Pedro said was a successin a post on Instagram.

Pedro moves to Italy having achieved plenty of success during his career with the Blues, as well as Barcelona and Spain.

The winger spent nine seasons with the Blaugrana, winning La Liga on five occasions and the Champions League three times.

He also has collected silverware on the international level, having been a member of Spain's World Cup-winning side in 2010 and La Roja's Euro 2012 winners as well.

At Chelsea, Pedro won the Premier League in 2016-17, as well as the FA Cup and the Europa League.Overall, he has 23 trophies in his career.

"It is a privilege for us to be able to welcome a footballer of the depth of Pedro into the Giallorossi family," said Roma CEO Guido Fienga."The hope we address to him and to ourselves is that he will be able to expand his extraordinary track record of successes with AS Roma."

Pedro posted a farewell message to Chelsea on Instagram earlier this month, saying: "It’s been a pleasure and an honour to play for this club and win the Premier League, FA Cup and Europa League titles, as well as competing in one of the world's best football leagues.