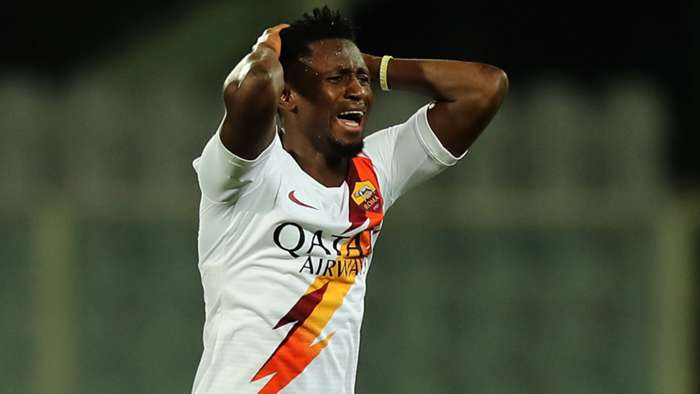 Roma could be forced to forfeit their opening game of the Serie A season after breaking registration rules.

Guinea midfielder Amadou Diawara turned 23 in July but was mistakenly included in the under-22 section of the club’s 25-man squad for the season. Under-22 players don’t count towards the total of 25, meaning an extra player could be included in the squad.

As he was not registered as one of the 25, Diawara was not eligible to play in the season opener in Verona, but he started alongside Jordan Veretout in midfield and played the majority of the 90 minutes.

Serie A regulations suggest Roma will now be penalised with a 3-0 defeat. In 2016, Sassuolo suffered this sanction after midfielder Antonino Ragusa played in a game against Pescara without being included in the 25-man squad list.

Roma must now await the decision from Serie A and may decide to appeal if the ruling goes against them.

Their list of 25 players was not filled. There were still four spaces available, meaning the club can argue there was no bad faith on their part, simply an honest mistake.

According to Sky Sports Italia, Roma have admitted the error but argued that when their squad list was submitted, the system should have signalled an error given Diawara’s age. If so, the league may be able to confirm whether an alert was sent or not.

It has been a fairly tumultuous start to the season for Roma already.

Star man Edin Dzeko had been expected to sign for Juventus, but that deal now appears to be off with Juve signing Alvaro Morata from Atletico Madrid instead.

Roma had planned on replacing Dzeko with Napoli forward Arkadiusz Milik, but that deal slowed down due to financial issues at both clubs.

Turkey forward Cengiz Under has left to join Leicester on loan while Diawara, the midfielder at the centre of the registration story, has been linked with a move to Arsenal.