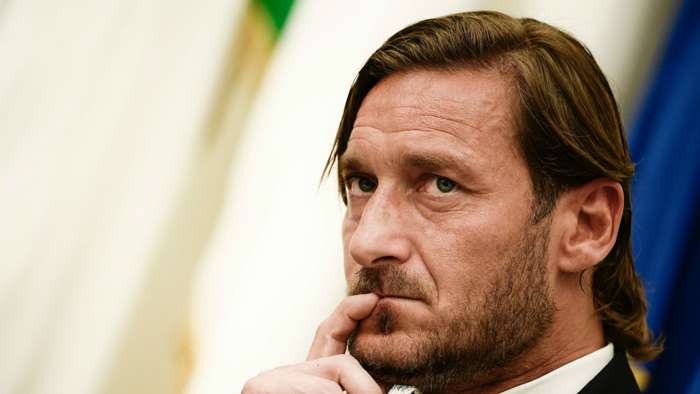 Roma legend Francesco Totti is closing in on an agreement that will see him return to the club, Goal can confirm.

The 43-year-old spent his entire playing career with the capital outfit, earning legendary status after turning out 786 times and scoring 307 goals.

He retired in 2017 and joined the club board, but he departed around a year ago.

With James Pallotta’s ownership of the club now over, the Friedkin family wish to reintegrate him into the setup and are ready to give him a role as an assistant sporting director.

Totti's departure from Roma was a frosty one but the change of ownership has brought with it the possibility that he could return.

"I never had the chance to express myself. I was never involved in a genuine technical project,” Totti grumbled.

"In the first year, that can happen. In the second, I realised what I wanted to do and we never got together, never helped each other.

"They knew my intentions and what I wanted, to give so much to this club and team, but they never wanted me to, in all honesty. They excluded me from every decision.

"I will now take other paths. At the moment another club owner wants to trust in me, I'll always be ready.

"I am not here to point the blame towards one or the other. We had started a journey, it was not respected, so I am moving on.

"Everyone knows they made me stop playing. I had a six-year contract already as a director. I started quietly, realising it's a completely different sphere to being on the field. Many promises were made and they were never kept.

"The main focus of certain people has been to remove Romans from Roma. Over the last eight years, since the Americans came in, they tried in every possible way to shove us to one side.

"As the years went on, they tried everything they could… It's what they wanted and in the end, they succeeded.

"What I can say is that I will never hurt Roma. This is far worse than retiring as a player. Leaving Roma is like dying. I feel like it'd be better if I died."