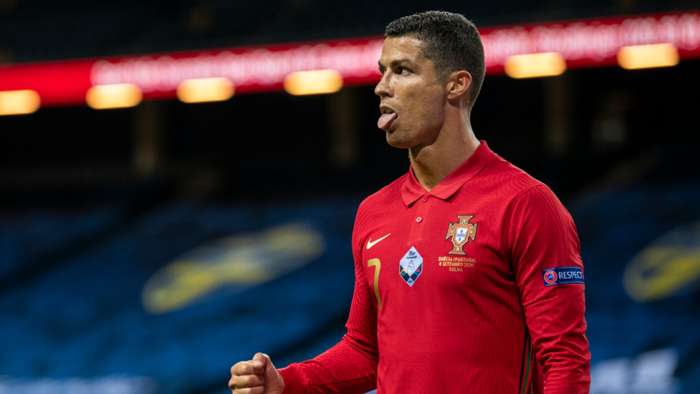 Ronaldo came into thematch looking for a milestone strike at international level and the superstar captain reached a century of Portugal goals just before half-timein Stockholm Tuesday.

Gustav Svensson was sent off for a second bookable offence, allowingRonaldo to fire in a stunning free-kick to celebrate his 100th Portugal goal.

Portugal were in complete control but needed a second goal of similarly high quality from the five-time Ballon d'Or winner to make the points safe in the Group A3 encounter.

The victory gave defending Nations League champions two wins to begin this season's competition, having defeated Croatia 4-1 on Saturday without Ronaldo, who missed out with a toe infection.

Manchester United midfielder Fernandes was full of praise for the 35-year-old after Tuesday's game, saying that the veteran can still make the difference in any match.

"We know that with Ronaldo it is easier to reach the goal," Fernandes said. "He has a nose for goal and can solve a game at any time.

"That was what happened before half-time, in a free-kick situation. Just yesterday he had six or seven like that in training and today he did the same.

"It's great to have Cristiano. He makes any team stronger."

Portugal could not match the four goals they ran in against Croatia, though, and Fernandes added: "We managed the game well, we knew how to take advantage of opportunities.

"We could have scored more goals, but we are happy here, because we took what was important and we are at the top of the group."

"Ronaldo goes on breaking records and records and then, when everyone thinks he is going to finish, there are even more records to beat. He feeds on it."