Ronaldo has been a success at Juventus and Pirlo can prosper as coach, insists Nuno Gomes 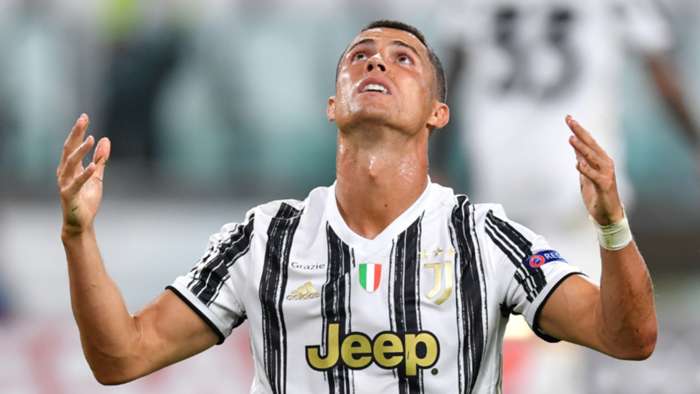 Cristiano Ronaldo has proved any doubters wrong following his move toJuventus, despite theItalianclub's failure to conquer Europe, according to Nuno Gomes.

Ronaldo optedto leave Real Madrid in 2018 after winning a fourth Champions League title in five years, exiting as the Spanish side's all-time leading scorer to continue his career in Serie A.

While the Portuguese has collectedtwo league titles since the sensational switch, Juve have come up short in European competition. They fellat the quarter-final stage to Ajax in 2019, while this season suffered a shock last-16 exit at the hands of Lyon.

Missing out on reaching the revised knockout roundsin Portugal led to a swift change in coach, with Maurizio Sarri sacked as Andrea Pirlo was surprisingly given thejob, but Gomes does not believe theChampions League shortcomings reflect badly on Ronaldo.

Speakingto Stats Perform News, the former Portugal international used his compatriot's impressive numbers at Juve - he has scored 65 goals in all competitions so far- as proof he remains at his peak.

Asked if he believes Ronaldo has been a success since moving toItaly, Gomes replied: "I would say yes, because they have won the title twice in Italy. However,that it is not enough for Juventus, it is not enough to win the Italian title.

"For him, personally, after a big change, somewere expecting he might not do welloutside of Real Madrid, but he proved in terms of his records, his statistics, he was very good in these two seasons atJuventus. He scores a lot, he plays all the games and with his age, to perform at such a top, high level, he is the best."

Following his appointment, Pirlo will be tasked with not only continuing Juve's domestic dominance but also improving their fortunes in Europe.

The ex-Italy midfielderhad only just taken charge of the Under-23 squadat theBianconeri when he received a rapid promotion, yet Gomes is backing Pirloto overcome his lack of experience to prosper in the role.

"All the coaches, they have to start from somewhere, no?", Gomes - who had a spell in Italian football with Fiorentina -said."This is a big opportunity for him, it'sa big challenge inhis first time as coach.

"He will have the support of the players, of the club and of the fans, so he has everything to become a good choice from the club to be the new manager. Of course, he was an amazing player as a footballer, and I believe also he will become a very good coach."

Juve will hope Pirlo can follow the example set by Zinedine Zidane, whosteered Real Madrid to three Champions League final triumphs in his first spell after being promoted from within.

"You can compare with Zidane, as they were playing in similar positions in the field. It'sfunny, because a lot of players that become coaches, a lot of them they used to play in midfield," Gomes continued.