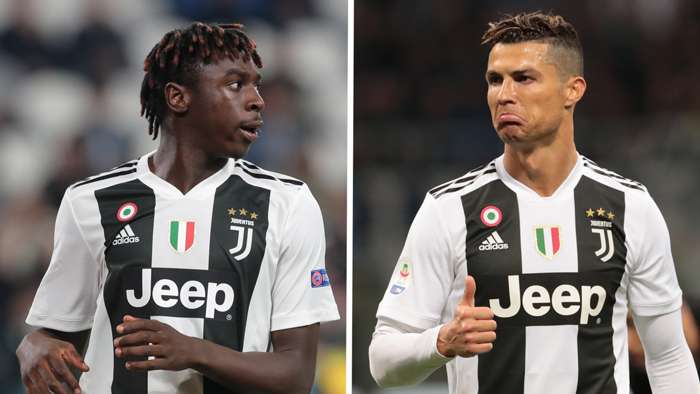 Cristiano Ronaldo has been cited as a leading influence in his career by Everton attacker Moise Kean.

So positive the impression that Ronaldo made on the 20-year-old, he was named as the greatest the Italy international has worked with.

“Everyone knows how he is an unbelievable player – he is the best – but you also have to look at the person, and he is a good person. He helped me so much when I was at Juve,” Kean explained to the Toffees’ official website.

When asked who his most difficult opponents were, Kean named a couple of Paris Saint-Germain stars.

“There are two who stand out – Neymar and Angel Di Maria. I came up against them when Juventus played PSG and they are both fantastic players,” he said.

In terms of his greatest personal moments, though, he mentioned a couple of goals that stand out.

Elsewhere, he revealed that he has strong interest in US sport, citing a love of American football and basketball.

“I watch a lot of NFL and NBA. In American football, I like Odell Beckham Jr. In basketball, I am a huge fan of LeBron James,” he said.

Kean had a turbulent first season in English football, managing just a couple of goals in 29 Premier League outings after a high-profile move from Juve.