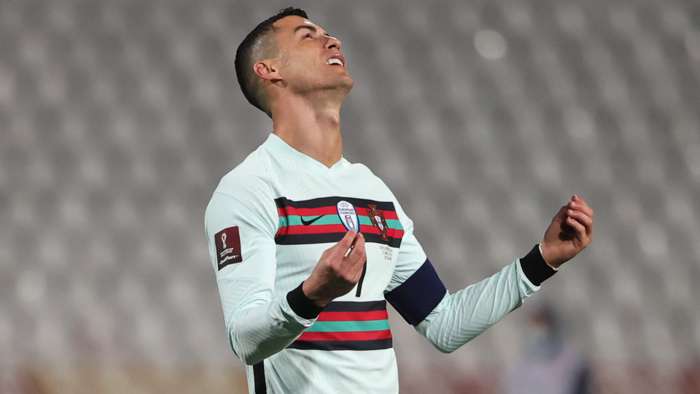 Juventus legend Alessandro Del Piero has criticised Cristiano Ronaldo for throwing his captains armband to the ground and walking off the field during Portugals 2-2 draw with Serbia.

The 36-year-old appeared to have scored a late winner for his side in the World Cup qualifying clash when his effort appeared to cross the line before Stefan Mitrovic cleared it away.

But the officials did not award the goal and the Juventus star reacted angrily, eventually walking down the tunnel before the final whistle.

Del Piero understands why Ronaldo was angry about the decision, but says he was wrong to have such an extreme reaction.

"This is an overreaction,He shouldnt act like this, in that way," the former Italy star said on ESPN.

"Its okay to be angry, its okay to discuss it with the referee, but to throw the armband and keep going like this is too much for someone who is the team captain and represents an iconic figure like him.

"But I also understand the moment, the importance of the match and also the personal ambition that he puts into everything he does."

Ronaldo justified his anger by claiming that the"entire nation" of Portugal was "harmed" by the decision not to award a goal, while refereeDanny Makkelie apologised to the team for the mistake.

Former Portugal defenderFernando Meira criticised Ronaldo for his conduct, saying it was "unacceptable" for a captain.

Butcoach Fernando Santos has denied suggestions the attacker could be stripped of the captaincy, telling reporters that the armband is his "forever".