Runarsson out to emulate Lehmann & Seaman after linking up with Arsenal 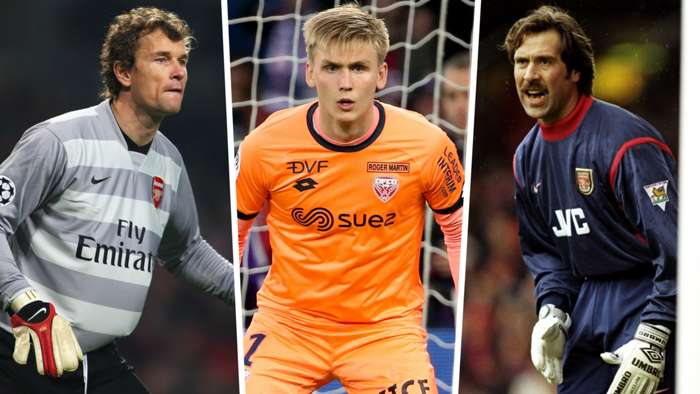 Alex Runarsson is setting lofty targets on the back of sealing a £1 million move to Arsenal, with the Icelandic goalkeeper looking to follow in the footsteps of David Seaman and Jens Lehmann.

Bernd Leno is the undisputed No.1 at Emirates Stadium, but he needs competition to keep him on his toes and cover in case he picks up any untimely injuries or suspensions.

Runarsson has been identified as the man for the job by Mikel Arteta, with the 25-year-old prised away from French outfit Dijon.

He is aware of the greats that have gone before him in north London when it comes to the art of goalkeeping, but there is a desire on his part to write his own piece of football folklore.

Runarsson told Arsenal’s official website of the Gunners’ iconic custodians: “They are amazing - I remember watching Seaman play when I was a small kid, the same with Jens Lehmann.

“Big characters, big personalities but also great goalkeepers. It is not easy to follow those guys but someone has to do it!

“Football would be no fun without having this type of pressure so it will be a challenge but I am up for it.”

Former Arsenal stars are not the only keepers that Runarsson is looking to model his game on, with there a couple of World Cup-winning performers – including one on the other side of north London – that he also looks up to.

The Iceland international added: “Growing up I always liked the modern style of goalkeepers, the ones who play in a similar style to how I do.

“I enjoyed watching Hugo Lloris when he came to the Premier League, playing high outside the box, I also enjoy watching Manuel Neuer because he’s one of the best goalkeepers in the world.

“I am still young so I don’t go back that long but the modern style of goalkeepers who can make saves, but also contribute to the team when they are attacking.”