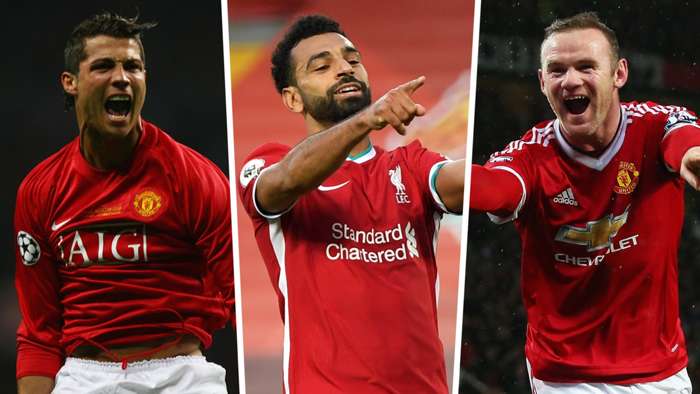 Mohamed Salah is “an absolute killer on the pitch” in the Wayne Rooney or Cristiano Ronaldo mould, claims Gary Neville, with the Liverpool forward being tipped to “end up going above Sadio Mane” as he maintains stunning standards.

He is a two-time Golden Boot winner and has helped Jurgen Klopp’s side to Champions League, UEFA Super Cup, Club World Cup and Premier League triumphs.

Salah has been a model of consistency throughout his time on Merseyside, despite not always being the man to steal the headlines – with the likes of Mane shining just as brightly.

Neville, though, believes the 28-year-old is the pick of the bunch at Liverpool and sees similarities between Salah and a couple of Manchester United legends that he once played alongside.

The former Red Devils defender told Sky Sports: “I look at him as an outsider and I'm thinking that he is an absolute killer on the pitch.

“It reminds me of the twin tracking of Ronaldo and Rooney in the mid-2000s. That's where Mane and Salah are now.

“I think Salah will end up going above Mane, not because Mane's not a great player, he is a great player as Rooney was, but the reason players like Salah or Ronaldo are different is that they have something up here in their head which means that they go home at night and being the best player in the world rocks their world, whereas a Rooney or a Mane, they feel that the team's got to win, I've got to give my all, I'll fight for my team-mates. Salah doesn't do that.”

Salah has already earned himself a standing among the global elite.

Neville believes he could go on to become the next poster boy of world football, with somebody needing to step up once Juventus star Ronaldo and Barcelona talisman Lionel Messi hang up their boots.

“Kylian Mbappe, he's fantastic. Neymar, he's a bit up and down… Where is the best player in the world going to be in the next couple of years?” asked Neville.