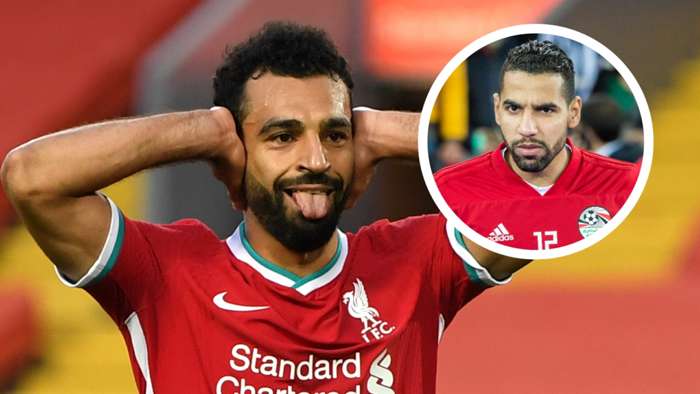 After securing maximum points for Jurgen Klopp's men in their opening Premier League fixture with his 88th-minute strike from the penalty spot, the Egypt international imitated Zakaria's celebration by pulling his tongue out and putting his hands on his ears.

Zakaria was diagnosed with Amyotrophic lateral sclerosis (ALS) last month, a disease that affects nerve cells in the brain and spinal cord and he will not be able to play football again.

The 32-year-old joined Al Ahly from Egyptian Premier League rivals Zamalek in 2015 and he has not played competitive football since December 2018.

Zakaria is also an Egypt international and he played alongside Salah in their 2018 FIfa World Cup qualifying campaign where he made three appearances against Ghana and Chad (home and away).

During his active playing career, he won the Egyptian Premier League titlethrice and he is a three-time Egypt Cup winner.

After their 3-0 thrashing of Ismaily SC in an Egyptian Premier League match on Friday, Al Ahly players paid tribute to Zakaria with the celebration and the 32-year-old responded with an appreciation tweet to the Red Devils.

“I thanked Al Ahly’s management and players,” he tweeted.

“I enjoyed one of the most beautiful days of my life. It was one of the sweetest days in my life for almost two years.

“I thankall fans. Your prayers to me for a speedy recovery.”

Former Liverpool right-back Stephen Darby is also battling ALS and he has started a foundation to support people affected with the disease which forced him into retirement two years ago.

In July 2019, his former clubs Liverpool and Bradford City held a fundraising match to support the 31-year-old's cause.