Saliba proud to follow in footsteps of Vieira and Fabregas as he fills Arsenal’s No.4 shirt 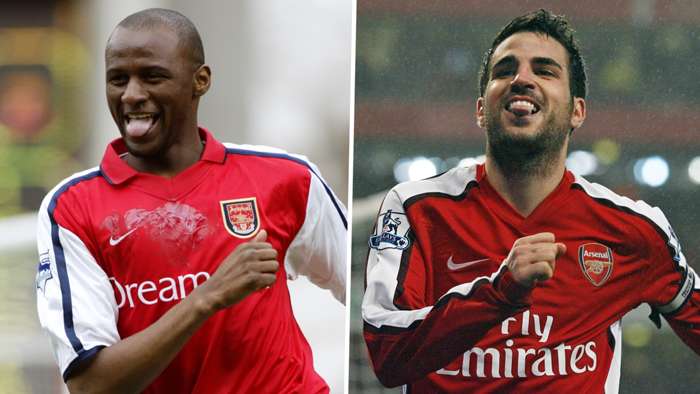 William Saliba is proud to be following in the footsteps of Arsenal icons Patrick Vieira and Cesc Fabregas, with the highly-rated youngster having been handed the club’s No.4 shirt.

A move to Emirates Stadium has now been made, with Saliba embracing the expectation that has followed him to England.

At just 19 years of age, big things are expected of the Frenchman as he helps to plug defensive leaks which have been holding Arsenal back for far too long.

He will be eased into the fold by Mikel Arteta, with the Premier League giants wary of asking for too much, too soon.

Saliba is, however, raring to go and has already received a considerable show of faith in being handed a jersey once filled by his World Cup-winning countryman Vieira.

The Gunners new boy told Arsenal Player of that honour, and treading a similar path to another French icon to have graced north London: “I had an Arsenal jersey when I was littlewith Thierry Henry on the back, so I liked the club since then.

“Now I am very proud to have the Arsenal jersey.

“I don't know why I got it! I went in the shop, and I only wanted Arsenal. I liked Vieira and Thierry Henrybecause I was little and I only knew the French players and they were very good.

“I am very, very proud to have the number four, so I have to be ready to carry number four.”

Vieira is not the only Arsenal talisman, or former captain, to have donned the No.4.

Fabregas and Per Mertesacker – two more World Cup winners – have also taken that number, with Saliba hoping to follow their lead and one day take the Gunners’ armband himself.

“I am very happy to be here, with good team-mates and with a good badge like Arsenal, so I am very excited and I think it is good to be here.”