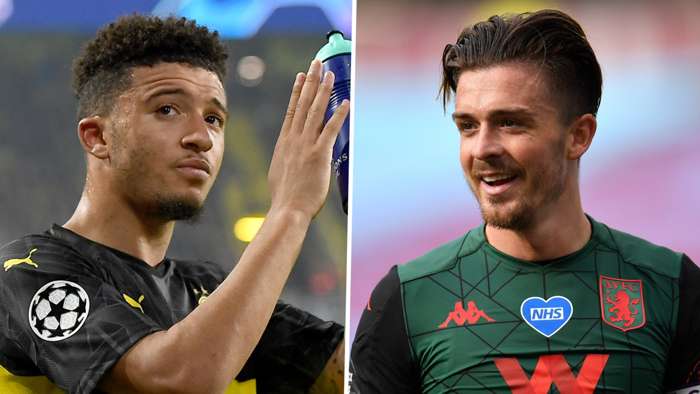 Jadon Sancho "is not doing it" forEngland at the moment and Gareth Southgate missed a trick in not giving Jack Grealish more minutes during Nations League clashes with Iceland Denmark, says Chris Waddle.

The Three Lions have opened their latest quest for international honours.

Four points and back-to-back clean sheets have been taken from two games on the road, with Southgate having to get creative at times after seeing injuries and misdemeanours restrict the options available to him.

He was, however, handed just 14 minutes off the bench in a goalless draw with Denmark.

Waddle feels a man generating plenty of transfer talk at club level should have been given more of an opportunity to showcase his creative talent – especially as Borussia Dortmund winger Sancho is still searching for a spark when turning out in the colours of his country.

The former England star told BBC Radio 5 Live: “These were two good games to have a look at Jack Grealish.

“If Grealish had started both games, would he have been a weakness in the team? No he wouldn't.

“So where would you play him? Jadon Sancho is not doing it for me - he's doing it for Dortmund, not for England. So you think 'I'll play Grealish in these games and if he's not playing well, bring Sancho on'.

“You know what Sancho can do. If Grealish plays badly you say 'maybe he's not an England player'. But let's see if he could do it and this was the perfect opportunity.

“You can't give him 15 minutes and say 'see what happens' - he might never get another game.”

Grealish is hoping that he will get more opportunities to impress in the future and that his international career will not be ended as a one-cap wonder.

He told Sky Sports after making his bow: “I was actually a bit emotional. It's something you dream of. Everyone dreams as a little kid of playing for England.

“It was such a privilege coming on and it's a shame we couldn't get the win in the end. I want to thank Gareth Southgate for giving me the opportunity and hopefully it is the first of many.