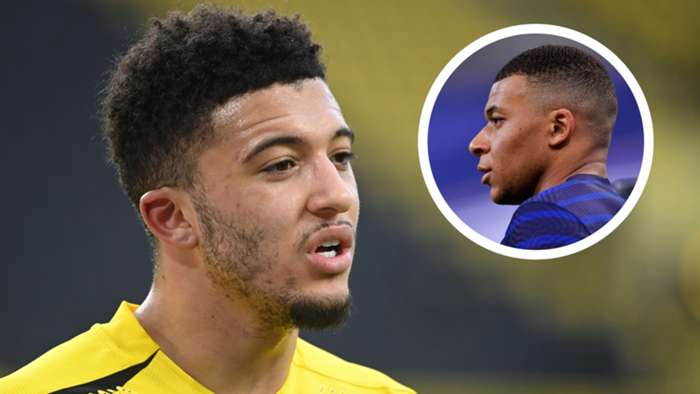 Jadon Sancho should be figuring above Kylian Mbappe on any list of dream signings at Liverpool, claims Jason McAteer, with the Reds told that the Borussia Dortmund winger would offer “something a little bit different”.

Jurgen Klopp has seen a raid on his former club for a highly-rated England international mooted in the past, but no official approach has been made.

Speculation is starting to surface again heading towards the summer window, with a Paris Saint-Germain superstar seeing a potential switch to Anfield hinted at, but it remains to be seen who the reigning Premier League champions target in a bid to rebuild.

Former Reds star McAteer has, in association with FreeSuperTips, told Goal when asked who he would be lining up: “You’ll think I’ll say if I can sign any player, I’d sign Mbappe? The biggest talking points at Liverpool are the tactics. Klopp has tried to evolve tactically. He has tried to use a 4-2-3-1, he has tried to change it up and go away from this traditional 4-3-3 – he just hasn’t really had the players to do that job.

“[Diogo] Jota obviously opens up the potential to that tactical change but sometimes you can become very predictable. I think Liverpool did, in some ways, become predictable, and I think that’s why they’ve lost some of the games that they have.

“I think that’s what’s happened in quite a lot of the games this season, Liverpool have come unstuck against teams that have offered those kinds of tactics, they haven’t been able to break them down. So, I think versatility would be the way to go.

“I know it’s a long-winded answer. But I’d sign Jadon Sancho. I’d sign him because he’s got that versatility.

“I think he can play different positions: he can play left, or right, or down the centre if you wanted. “He’s got pace and he’s got creativity. If there’s a low block and you need something a little bit different, he offers that. He’s also young and he fits into the mould of this Liverpool team. That’s the player I’d go out and buy.”

The Reds are already well-stocked for attacking talent, with Mohamed Salah filling a role on the right of their front line at present.

Sancho would, however, be a useful alternative for Klopp to have at his disposal, especially as exits are being mooted on Merseyside.

The 21-year-old winger has flourished since leaving Manchester City’s academy ranks in 2017.

Having burst onto a senior stage in Germany, earning international recognition along the way, Sancho has gone on to take in 130 appearances for Dortmund.

Across those outings, 46 goals have been recorded while a further 60 efforts have been teed up for grateful team-mates.