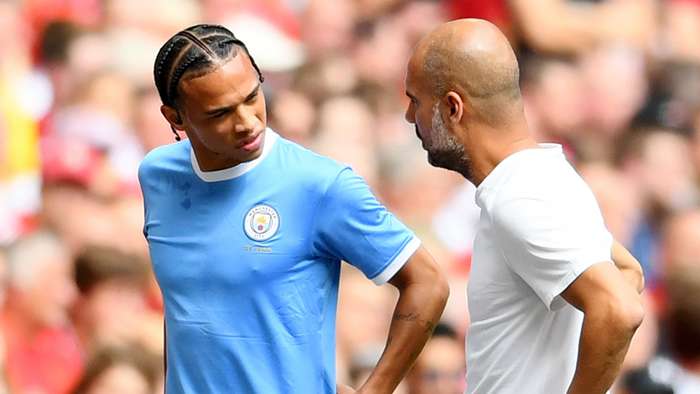 Leroy Sane has brought a long-running transfer saga to a close by completing a €49 million (£45m/$55m) move to Bayern Munich, but the opportunity has been taken to thank Manchester City and Pep Guardiola for all that they have done for him.

The Germany international was a precociously-gifted 20-year-old when taken to the Etihad Stadium back in the summer of 2016.

His potential was clear for all to see, but he still needed careful guidance in order for that to be unlocked and for a standing as a senior star to be taken up.

City were able to bring the best out of an exciting forward, with 39 goals and 45 assists recorded across 135 appearances for the club.

He helped them to two Premier League titles, a couple of League Cup triumphs and an FA Cup success, while also winning the PFA Young Player of the Year award in 2017-18.

An unfortunate injury suffered in August 2019 stunted his progress in the current campaign, but Guardiola had been hoping that a proven performer in the final third could be kept in Manchester.

He has had to accept defeat in that quest, with Sane heading home in a deal worth an initial €49m, but strong ties between the Premier League outfit and German winger will be retained.

Sane has posted on social media in a farewell message to the Blues: “Thanks so much for the great time and all the support over the last 4 years.

“It has been a really intense and successful time which I surely won’t forget.

“We won many games, scored a ton of goals, broke a couple of records and celebrated 7 trophies together.

“Thanks to all the fans, to the staff and to my team-mates! I will always remember this time with great joy and pride.

“Also thanks to my coach who has made me a better player and has a large share of my PFA Young Player of the Year award in 2018.

“I’ve learned a lot and I’m very proud to have been part of this journey.”