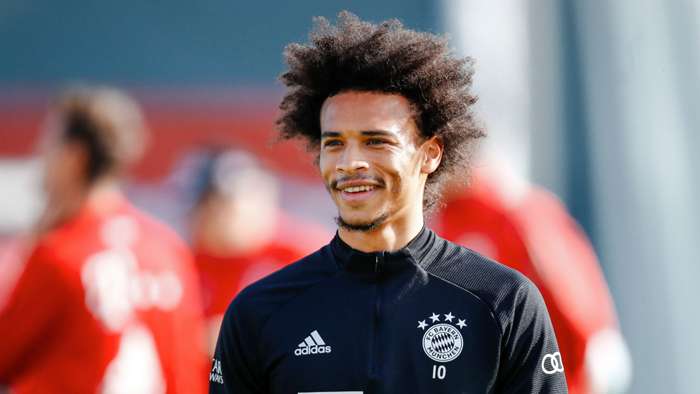 Leroy Sane could make his return from injury when Bayern Munich face Eintracht Frankfurt this weekend, Hansi Flick has confirmed.

The 24-year-old has beensidelinedsince being forced off in the second half of the 4-1 defeat to Hoffenheim on September 27 having suffered a right knee injury.

While Sanereturned to team training on Thursday andis available for selection, Serge Gnabry will sit out Saturday's game at the Allianz Arena following his positive coronavirus test.

"Everyone is fit. Leroy Sane is in the squad. We are on the right track," said Flick on Friday. "We're not planning to starthim;we have to go step by step. Wehave towait for the game, but he is an option. We are happy about it.

"Gnabry will be out at the weekend. Wehave towait and see when he can return. We are focused on Frankfurt with the players who are available to us."

Flick will be forced into a change in midfield withCorentinTolissosuspended due to his red card in last weekend's 4-1 victory over Arminia Bielefeld.

In four Bundesliga appearances this season,Tolissohas already had as many shots on target (three) as he managed in 13league outings last term.The France international is also averaging four more duels (up to 13 from nine) and duels won (up to eight from four) per 90 minutes than he did in 2019-20.

"You can feel that he's enjoying his football," said Flick."Last season,he had problems with injuries and then didn't play too much.

"We sat down at the end of last seasonand talked. How he's playing now is how he played for Lyon. A weight has fallen off his shoulders;he's enjoying football.

"I'm glad he scored thegoal;it gives him confidence. He has quality and good results shooting from long distance, but also in the box. He's also very strong."