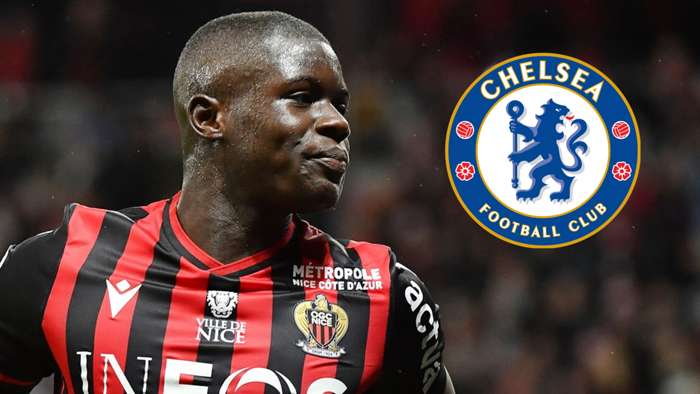 Chelsea have agreed to sign Malang Sarr on a five-year deal after his contract with Nice expired but are expected to immediately send the France Under-21 international out on loan.

It is understood that Arsenal had also been tracking Sarr, but opted not to offer him a contract upon the completion of his previous deal with Nice.

The Blues could make it six completed summer deals by the end of the week, with Thiago Silva expected to join after leaving Paris Saint-Germain following their 1-0 defeat to Bayern Munich in the Champions League final.

Leicester City's Ben Chilwell has also been given the all-clear to complete a move to Stamford Bridge after medical tests eased concerns around his current heel injury. Chelsea will pay £50 million ($66m) for the full-back.

In addition, the Blues have made a breakthrough in talks for Leverkusen's Kai Havertz, with Frank Lampard's side having agreed to pay the German side's full asking price of £90m ($118m), though negotiations are still ongoing regarding payment in instalments.

The attacking midfielder will cost an initial £72m ($95m) with a further £18m ($24m) coming in team performance-related add-ons, while Hakim Ziyech and Timo Werner have already finalised moves to the Premier League club.

With so many incomings, Chelsea are looking to get players out ahead of the new season and Inter are in talks for Emerson Palmieri after the Blues set a£26m ($34m) asking price.

Furthermore, a host of loanees are currently training under Lampard at Cobham but are expected to seal temporary moves elsewhere, with Marc Guehi set to re-sign with Swansea City after travelling to complete the move on Wednesday.

Jake Clarke-Salter looks set for another loan in the Championship, with Derby County, Huddersfield Town, Birmingham City and Sheffield Wednesday showing an interest in him.

Alongside that, West Brom could be another option as Chelsea assess which club would be best for his development following a good year at Birmingham last season.

Injury-hit defender Baba Rahman is currently fit and targeting another loan. However, a permanent move away isn't off the table in his case, with clubs in Germany considering giving him a chance to rebuild his career.

Matt Miazga is gaining interest from a host of different leagues and looks set for another loan away, while Nathan Baxter and Dujon Sterling are also picking up offers.

Conor Gallagher and Ethan Ampadu are among those training at Cobham under Lampard in a bid to impress their manager, but could well end up on loan as new signings reduce the space in the squad.

Chelsea are in advanced talks with AC Milan about sending Tiemoue Bakayoko out on loan again but are keen to turn an option to buy into an obligation to buy at around £20m ($26m).