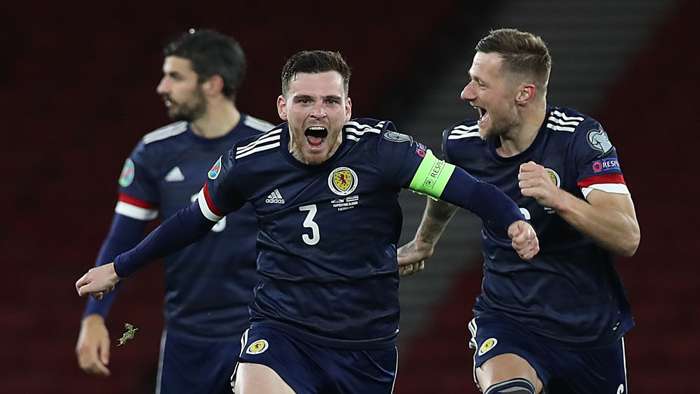 Anything other than three points would be a disaster for Steve Clarke’s men, who have opened their campaign with draws against Austria and Israel.

The hosts have not won any of their last five matches inside 90 minutes but are 1/7 (1.14) favourites with bet365 to pick up a vital victory in Glasgow.

Faroe Islands secured a rare away point in Moldova in their first Group F game and are 18/1 (19.0) to record a first win in any qualifying match since beating Latvia 2-0 in October 2016.

A draw would leave Scotland in a very precarious positionwith only three points after as many matches, and that result is available at 13/2 (7.50).

Clarke is likely to keep the same midfield and defence that played in the draws against Austria and Israel, whileChe Adams and Lyndon Dyke will both hope to start up front.

Odmar Faero picked up an injury against Moldova and is set to miss this match.

Victory for Scotland is pivotal if they are to have any chance of qualifying for the 2022 World Cup, but it is unlikely they will find it easy on Wednesday.

WhileClarke’s men have been relatively proficient in the final third over the last 18 months, scoring 19 times in 13 competitive fixtures, they have been fairly leaky at the back with only four clean sheets in that time.

It would take a serious upset for the Faroe Islands to win but they will at least back themselves to get on the scoresheet, having already scored in each of their Group F games as well as netting in four of their 10 Euro 2020 qualifiers – including against both Spain and Romania.

Both teams to score is priced at 7/4 (2.75) and looks a strong odds-against selection for this World Cup qualifier, having paid out in all four qualifiers these nations have contested in this group stage so far.