'Seeing them in the mix is good for the game' - Man Utd are Liverpool's main rivals for Premier League title, says Murphy 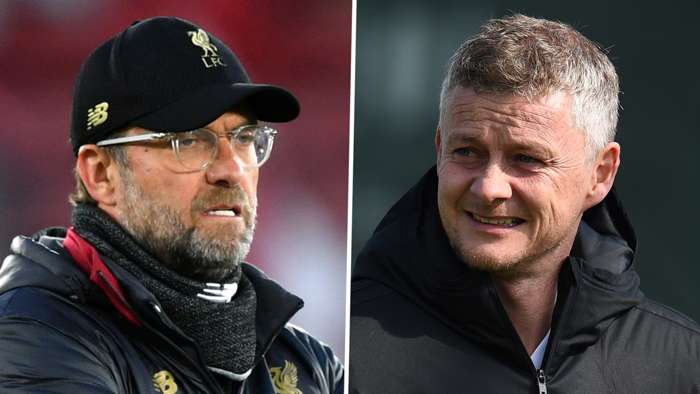 Danny Murphy believes Manchester United are Liverpool's main rivals for the Premier League, insisting it is "good for the game" for the 13-time winners to be back "in the mix".

David Moyes, Louis van Gaal and Jose Mourinho all failed to turn the Red Devils back into genuine contenders for the domestic crown, but signs of promise have been shown since Ole Gunnar Solskjaer's appointment in December 2018.

The Norwegian boss delivered a third-place top-flight finish last season and his players have kicked on from there, rising to second in the standings at the half-way stage of the 2020-21 campaign.

United are only behind reigning champions Liverpool on goal difference at the moment, with their 2-1 home win over Aston Villa last time out putting extra pressure on Jurgen Klopp's men ahead of their trip toSouthampton on Monday night.

Murphy is pleased to see the two clubs going "toe to toe" at the top of the table again, and has praised Solskjaer for the job he has done at Old Trafford over the past two years.

"My natural instinct isn't to wishManchester Unitedwell but I have to appreciate that seeing them in the title mix, currently joint-top withLiverpool, is good for the game," the former Reds midfielder told the Daily Mail.

"The rivalry between Liverpool andManchester Cityhas been enthralling in recent years but nothing can compare with seeing the biggest two clubs in the country — Liverpool and United — going toe to toe.

"United's revival under Ole Gunnar Solskjaer is an example that patience can be the best policy towards a manager. There have been many times when Solskjaer has been written off or needed a result to secure his job and he's always found a way.

"That is a credit to him and perhaps a lesson to trigger-happy chairmen that you sometimes have to give managers a proper chance, particularly when they are trying to instigate long-term change."

Murphy doesn't thinkUnited will succeed in wrestling the title back from Liverpool come May, but he feels Solskjaer has a similar personality to Klopp, and would not be unhappy to see his hard work rewarded with tangible success in the form of trophies.

"I think Solskjaer has conducted himself remarkably well over the past couple of years," he added. "He is hard to dislike. I think they will fall just short this season, over 38 games Liverpool and City are still stronger, but he's made United competitive again.