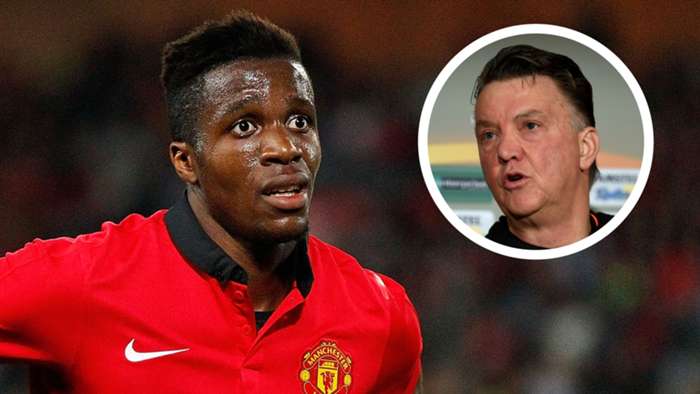 Crystal Palace favourite Wilfried Zaha has said that he was “set up to fail” under Louis van Gaal during his time on the books of Manchester United, with the Dutch tactician having opted to play the attacker out of position.

Ferguson's replacement, David Moyes, gave little playing time to Zaha, who subsequently went on loan to Cardiff City. Upon his return, Moyes had been sacked and replaced with Van Gaal – and the veteran manager didn't make things any easier for the Ivory Coast international.

Speaking to the On The Judy podcast, Zaha said of his return from Cardiff: “I went back to United after that and it was Louis van Gaal by then. When he came, it was after the World Cup where he played Robin van Persie and Arjen Robben up front for the Netherlands national team.

“He gave me two options: you're either a wing-back or a striker. Those are positions I'd never played before, it was like I'm being set up to fail.

“This was after coming back from the David Moyes era and I was just shattered with how everything didn't work out for me. Then I go back, I get 'either you're a striker or a wing-back' – and I couldn't do either.

“I can vary my game now. With years of playing you get experience. You've seen me play up front for Palace these days. Back then I wasn't good with my back to goal because I didn't have the awareness. I'd stand on the ball and the defender would poke it away. I wasn't good with that.”

He added: “I remember I had to play striker in pre-season. We were playing teams like Inter, I had to play against Nemanja Vidic. We played against Real Madrid, I'm playing against Pepe and Sergio Ramos up front.

“It was like, 'this guy is boying me'. Bro, I'm being thrown in the deep end against the maddest teams.”

At the end of that campaign, Zaha was named the Eagles' player of the year and credits his time at Old Trafford as a character-building experience that has helped shape him into the versatile forward that he is today.

Roy Hodgson has repeatedly stated that he would be surprised if no clubs registered an interest in his star player during transfer windows, with Arsenal having been monitoring Zaha's situation in the past.

At 28 years old, Zaha is contracted to Palace only until 2023 and could opt to push for a move to a club competing in European competition before entering the twilight of his career.

Given the devastating financial impact the coronavirus pandemic has had, however, the list of clubs able to afford Zaha is likely to be understandably small.