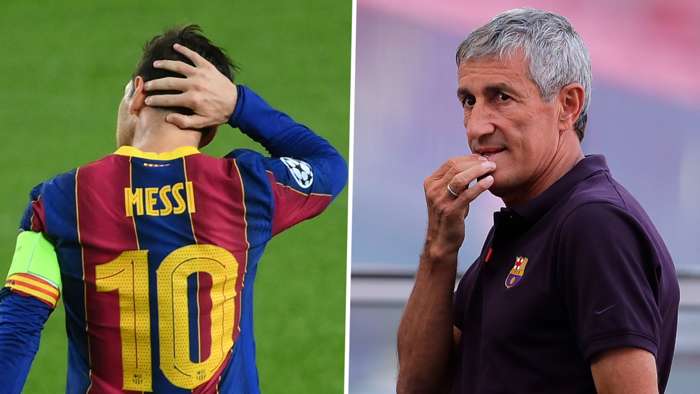 Quique Setien was looking to “shift responsibility for an awful end of season” in his claims that Lionel Messi boasts too much power at Barcelona, claims Rivaldo, with said accusations being refuted by a Camp Nou legend.

Setien has claimed that mercurial Argentine forward Messi was “difficult to manage”, given how important he is to the collective cause at Barca.

Rivaldo believes better managers would have found a way around any such issues, with a man who flopped badly after being handed the most prestigious of reins considered to be looking for excuses.

The Blaugrana icon told Betfair: “Setien has complained in an interview about Lionel Messi controlling the locker room and having too much say in the club's decisions.

“I have my doubts that Setien's claims are true. But if they were, he should have told the board that he wasn't happy with the situation.

“A manager should always communicate when something is unpleasant for him. Setien shouldn't be trying to shift the responsibility for an awful end of season.”

It remains to be seen how long Messi - who was named on the bench for a meeting with Real Betis on Saturday - will be sticking around at Barcelona, with the six-time Ballon d’Or winner still seeing a move mooted on the back of his efforts to leave over the summer.

Antoine Griezmann is another facing questions of his future, with the France international failing to make the desired impact in Catalunya, but Rivaldo believes the World Cup winner should stick around.

He added: “Antoine Griezmann is still struggling to get things going at Barcelona, but I don't think going out on loan is the right option for him. Barcelona need all parts of their squad and he is one of the best players.

“We've seen good things from Griezmann against Juventus and Alaves this season, so his poor performance against Dynamo Kiev shouldn't detract from that. As players, we all have bad days.