Sevilla have a 'love relationship' with the Europa League - Coke 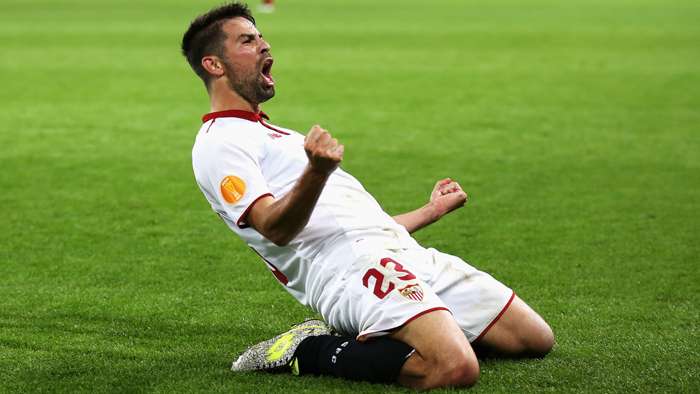 Former Sevilla star Coke believes the team's'love relationship' with the Europa League has helped propel them intofour of the last seven finals in the competition.

Coke, who is now at Levante after featuring in Sevilla's three consecutive Europa titles between 2014-16, feels his former club have built a relationship with the competition andhelped to grow itthrough their success.

"This love relationship is true that can be seen in events such as Andres Palop's goal, StephaneMbia's goal or the other day in those 10 minutes against Man Utd in which Yassine Bounoustopped a few shots.

"Sevilla bet and have bet for many years on this competition and they always give it back."

While Sevilla will be slight underdogs for the final against Inter, Coke sees the match as being a close battle that could possibly be decided by one or two goals.

"Sevilla have shown that they are great and they will compete in the final," Coke said. "Inter is a great team that if they defend deep, they can get in behind. They have very good players who can make a difference.

"Sevilla have a lot of heart, I think theycan dominate the game in many phases of the game, I have no doubts. I don't think it will be a game with many goals and, how accurate the people at the top are, will determine the game because I see it as quite even."

Sevilla won the first of their five Europa League titles in 2006 against Middlesbrough before clinching it again the next season versus fellow La Liga side Espanyol.