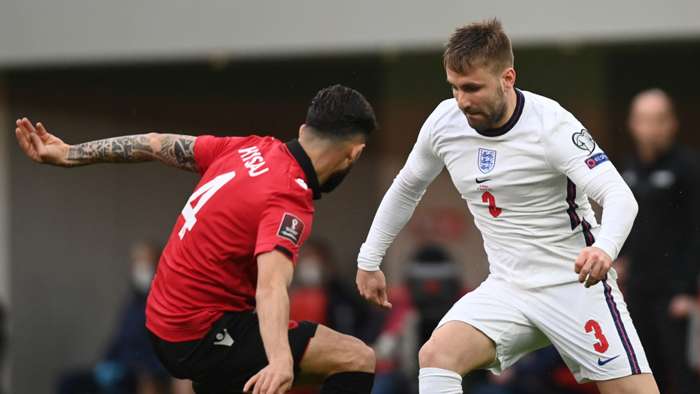 Luke Shaw has admitted he used to show Gareth Southgate and the England national team insufficient attentionand has only recently come to understand the gravity of representing his country.

The left-back said he used to let his conditioning fall below acceptable levels and "pulled out of a lot of camps" amid a period of personal turmoil that saw him spendmore than two years away from the Three Lions.

After keeping in touch with Southgate and improving his club form at Manchester United, Shaw has beencalled up this month for World Cup qualifiers and is fully embracing his second chance.

"Ive a few massive regrets and I couldnt stop thinking of the mistakes that I made in the past, especially with England," Shaw told reporters."I pulled out of a lot of camps.

"Around that time, I was maybe not in the best condition but I think over the last two years Ive thought about it so much - that was my biggest regret.

"And yeah, of course, letting Gareth [Southgate] down. I tried to keep in touch with him just to let him know that things had changed.

"Hes said hes picked me on merit and how Ive been performing.

"The past is the past and hopefully weve forgotten about that now and can just focus on the future and I want to keep impressing him.

"I think playing for your country is a massive privilege and an honour and I think at times I took advantage of that.

"I didnt really think about it too much but of course now I just want to forget the mistakes Ive made in the past and Gareths done that so were just focusing on the future and obviously whats happening now."

England will finish the international break on Wednesday with a World Cup qualifier against a Poland team missingRobert Lewandowski to injury.