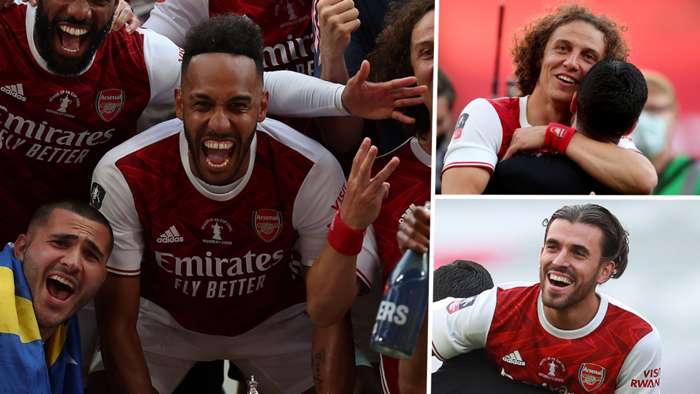 Never has an FA Cup win been so important for Arsenal.

Two goals from Pierre-Emerick Aubameyang saw Arsenal come from behind to beat Chelsea 2-1 at Wembley and ensured they did notsuffer the embarrassment of missing out on European football next season for the first time in 25 years.

They can now plan for the 2020-21 campaign - which gets underway in just 42 days time - safe in the knowledge that they will have Europa League revenue coming their way.

Europe’s second tier competition may not bring with it the riches of the Champions League, but it can still bring in a decent amount of money - as the £35 millionArsenal pocketed from their run to the 2019 final proved.

And for Mikel Arteta that extra money could be vital as he looks to reshape a squad that - despite this victory - is in desperate need a rebuild.

What Arteta as done since walking through the doors at the Emirates Stadiumhas been extraordinary. It istough to explain just how sorry a state the Arsenal squad were in by the time Unai Emery was finally dismissed.

But Arteta has come in and transformed the mood around the club. Players who looked down and out have been revitalised. After a shaky start, Granit Xhaka was exceptional once again in the heart of midfield here,as he has been for much of Arteta’s short tenure so far.

David Luiz was impressive in the heart of the back three and Ainsley Maitland-Niles, preferred to Bukayo Saka in the left wing-back role, replicated his heroics from the semi-final win against Manchester City.

But as has been the case so often since he arrived in January2018, Aubameyang was the hero for Arsenal - converting a penalty he won himself to cancel out Christian Pulisic’s early opener for Chelsea and then scoring a fabulous winner midway through the second half, leaving Kurt Zouma on the floor before lifting the ball over Willy Caballero.

With the FA Cup now safely tucked away once again for Arsenal, attention now turns to contract talks with Aubameyang and what the club can do in the transfer market.

Defeat at Wembley and Arsenal would have been approaching both situations with little room to manoeuvre. And although they will still find things difficult given the well publicised financial struggles that they face due to the coronavirus pandemic, they at least now the added revenue stream of the Europa League to ease the burden.

And keeping Aubameyang is key. If Arsenal are to build on this win at Wembley and get themselves back competing with the best in the Premier League, then he has to be retained at all costs.

This double took his tally to 29 for the season, adding to the 31 he scored during the 2018-19 campaign. He may be 31 years old, but there are no signs that he will be slowing up just yet.

Any club in Europe would be lucky to have a striker like Aubameyang.Arsenal have him, now they must keep him.

The next two weeks will be key to that. Talks have been ongoing with the striker and his representatives and they will now accelerate, with Arsenal finally in a position to know whether they will be playing in Europe next season.

Arteta said in the build-up to the final that he did notthink it would be Aubameyang’s last appearance in Arsenal shirt. After what the striker produced at Wembley, Arsenal fans will be desperate for him to be proved right.

It hsbeen a miserable season for Arsenal in the Premier League, but with Arteta at the helm there is genuine cause for optimism.