Signing of the season! Liverpool-linked Botman set to follow in the footsteps of De Jong and De Ligt 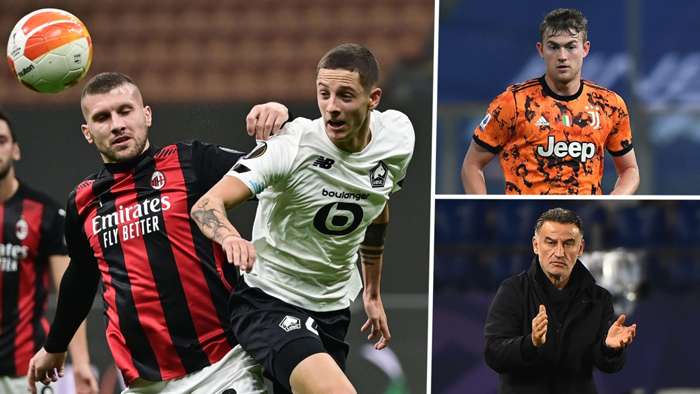 Sven Botman may not be the most glamorous name in Ligue 1 – or even at Lille – but few would deny that the centre-back represents the best bit of business done in France last summer.

Of course, he had impressed during a loan spell at Heerenveen last term, but he had passed sufficiently under the radar for Ajax to believe they were getting a decent degree of value from selling him on.

However, while Botman may not have starred at the Johan Cruyff Arena like Frenkie de Jong or Matthijs de Ligt, the signs are that he is on track to enjoy an equally successful career.

A mere four months into the 2020-21 campaign, Botman is being linked with a €30 million (£27m/$37m)transfer to Liverpool or Inter. He was also called up to the Netherlands squad for the first time in November, bypassing the Under-21 level entirely due to his excellent start to life at Lille.

His rapid increase in value and status is a reflection of how he has performed for one of France’s outstanding sides. There has been no indication that he is a rookie player at a team fighting for a league title, no hint that he has never previously tasted European football.

Of course, playing alongside a wizened competitor like Jose Fonte has facilitated his task, but the youngster's stats are formidable.

By the winter break, Botman had posted an aerial duel success rate of close to 70 per cent, he had rarely been caught out of position or made a sloppy mistake, and his body language was always confident and assured. In addition, his pure defensive instincts appear to be significantly above the norm.

But he is a confident character in possession too. He boasts a high pass-completion rate but has also shown a capacity to be able to make the play with a wide range of distribution that bears all the hallmarks of an Ajax academy graduate.

“He’s got great technical quality and a great ability to process and reproduce what you tell him,” Lille boss Christophe Galtier enthused in November.

“The difficulty is that he is only 20 and he’s playing every match. You shouldn’t think things are easy when you play every three days. He has to be careful in his concentration and his efficiency.”

But Botman has been. He has played all of his side’s 24 matches this term and has only missed 45 minutes of action – the first half of the final Europa League group match against Celtic.

Unsurprisingly, Galtier does not want to see the prodigious youngster follow so many other players out the door at the Stade Pierre-Mauroy.

“We’ve been in a permanent transfer window for three years and that’s not going to change today,” the coach told the media on Tuesday. “In each transfer window, we announce a lot of departures, but I don’t see Sven leaving this winter.”

Unlike many clubs in France, Lille are not under immediate pressure to sell. Having been recently taken over, their new owners have injected €40m (£26m/$49m) into the side in a bid to address their short-term financial worries.

While Lille’s squad size is set to be reduced, they have announced that their aim is to move away from the 'buy-cheap, sell-high' model that they perfected under the previous ownership and shift to a more permanent, traditional approach that offers a more stable side over a number of years.

Botman, then, is unlikely to have the unique opportunity of being the signing of the season in two leagues in the same campaign.