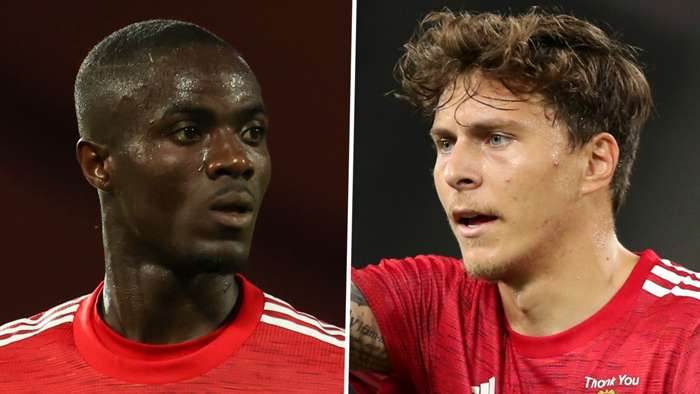 The 26-year-oldwas arguably at fault for all three of Crystal Palace’s goals at Old Trafford as Solskjaer’s side lost their opening league game of the new campaign.

And Bailly, who spent the majority of last season out injured, started alongside Maguirein the League Cup win against Luton on Tuesday as the Norwegian took Lindelof out of the firing line.

The Ivorianhas struggled with injury throughout his United career but Solskjaer is hoping he can get more regular minutes now he is back to full fitness.

The club are in the market for another centre-half but the Norwegian insists he is happy with the options he has and hinted that Bailly could well play from the start at the Amex Stadium on Saturday.

The Red Devils boss told reporters on Friday: "I think last season proved to us how we can defend at our best - last week wasn't fantastic.

"We conceded sloppy goals but I think our defensive record from last season with Vic Lindelofand Harryshows how good a partnership they were and also defending well as a team.

"Eric is fit again now, which is a big, big bonus and a big plus for us. I’m looking forward to seeing himdevelop and play more games for us this season. We've been waiting him to be fit and then to play more regularly."

Another option for Solskjaer at centre-back could be Chris Smalling.

The 30-year-old impressed on loan at Roma last season and is keen to go back to Italy butthe transfer stalling as United are not happy with the money on the table from the Serie A side.

That could see the former Fulham defender come into contention although Solskjaer did admit that something "different" needs to happen for Smalling to be brought back in.

"Different things need to happen,"the United managerexplained. "So, let's wait and see if there is that change. Let's see what happens if and when the transfer window closes and what happens to Chris."